July 5, 2021 by tomrudderham in Uncategorized 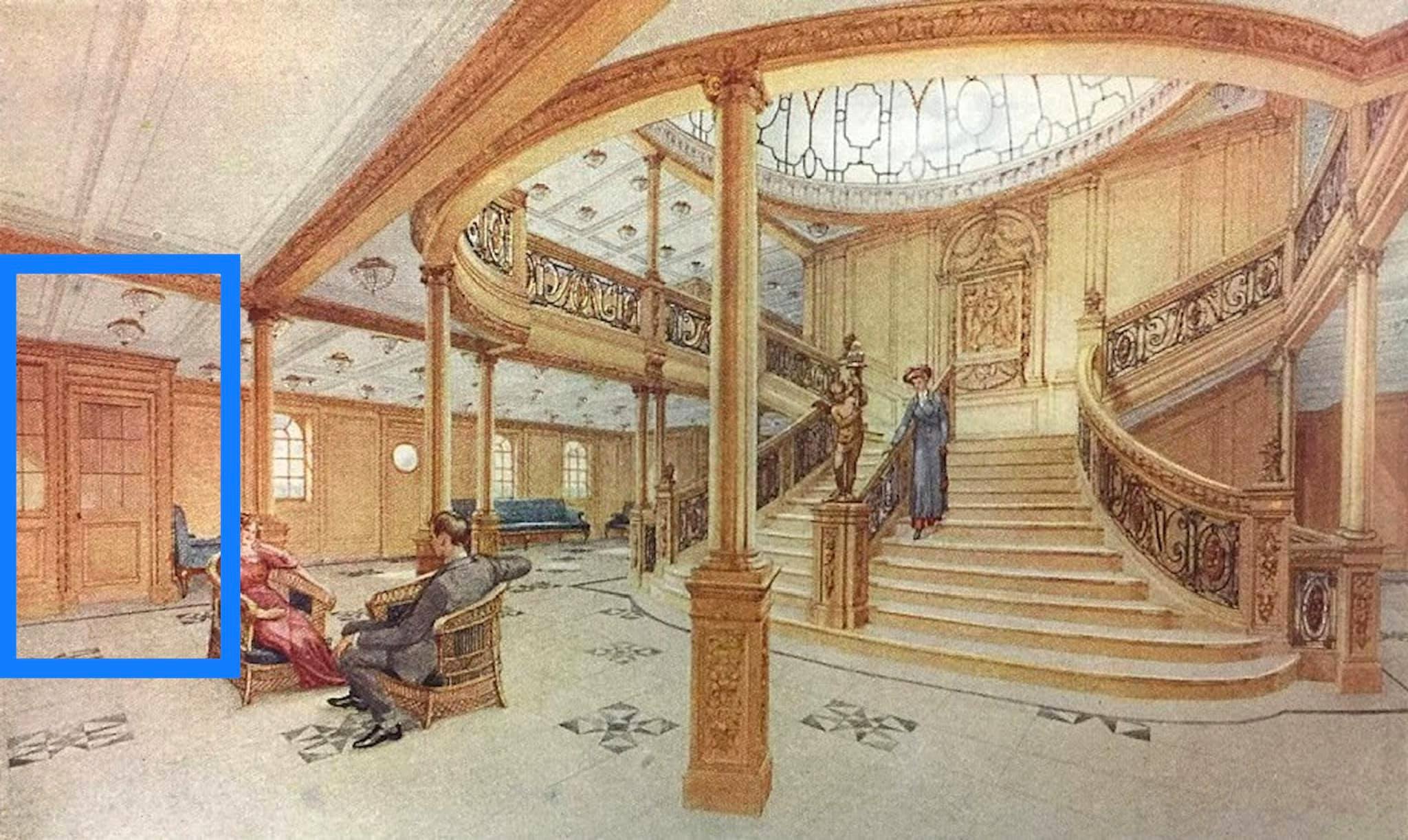 I’m totally thrilled at the latest two acquisitions: a window frame from the RMS Olympic’s First Class Lounge, and the door handles from the Olympic’s Grand Staircase.

These are two remarkable artefacts. They come from two vestibule doors, with one being on each side of the Grand Staircase on A-Deck. Porters would have once opened these doors for first class passengers as they came in from the A-Deck promenade.

The Titanic had the exact same doors and handles, which makes these items incredibly interesting. The Titanic’s handles are likely to be still sitting on A Deck under rubble and debris, and very likely impossible to retrieve.

There aren’t actually any photos of Olympic’s vestibule doors, but an illustrated postcard was made which manages to capture one of them. The doors were saved after the ship was scrapped, and the handles were later passed on to White Star Memories, who supply artefacts to all the Titanic museums around the world. Now the handles have found their way into my collection, and I’m incredibly grateful.

As passengers relaxed in the Olympic’s First Class Lounge on a hot summers day, they might have opened one of the many windows which looked out onto the A-Deck promenade. This piece of window panel is still in working order, even though its original glass has cracked and its brass frame has heavily deteriorated. It also features a small part of the original wooden frame, which is held in place by a single rusty nail.

Nevertheless, this window panel is still a beautiful and highly unique artefact. A similar window from the Titanic’s First Class Lounge was recovered in the late 1980’s, and interestingly is in similar condition to this one, albeit with more glass missing.