August 2, 2021 by tomrudderham in Uncategorized 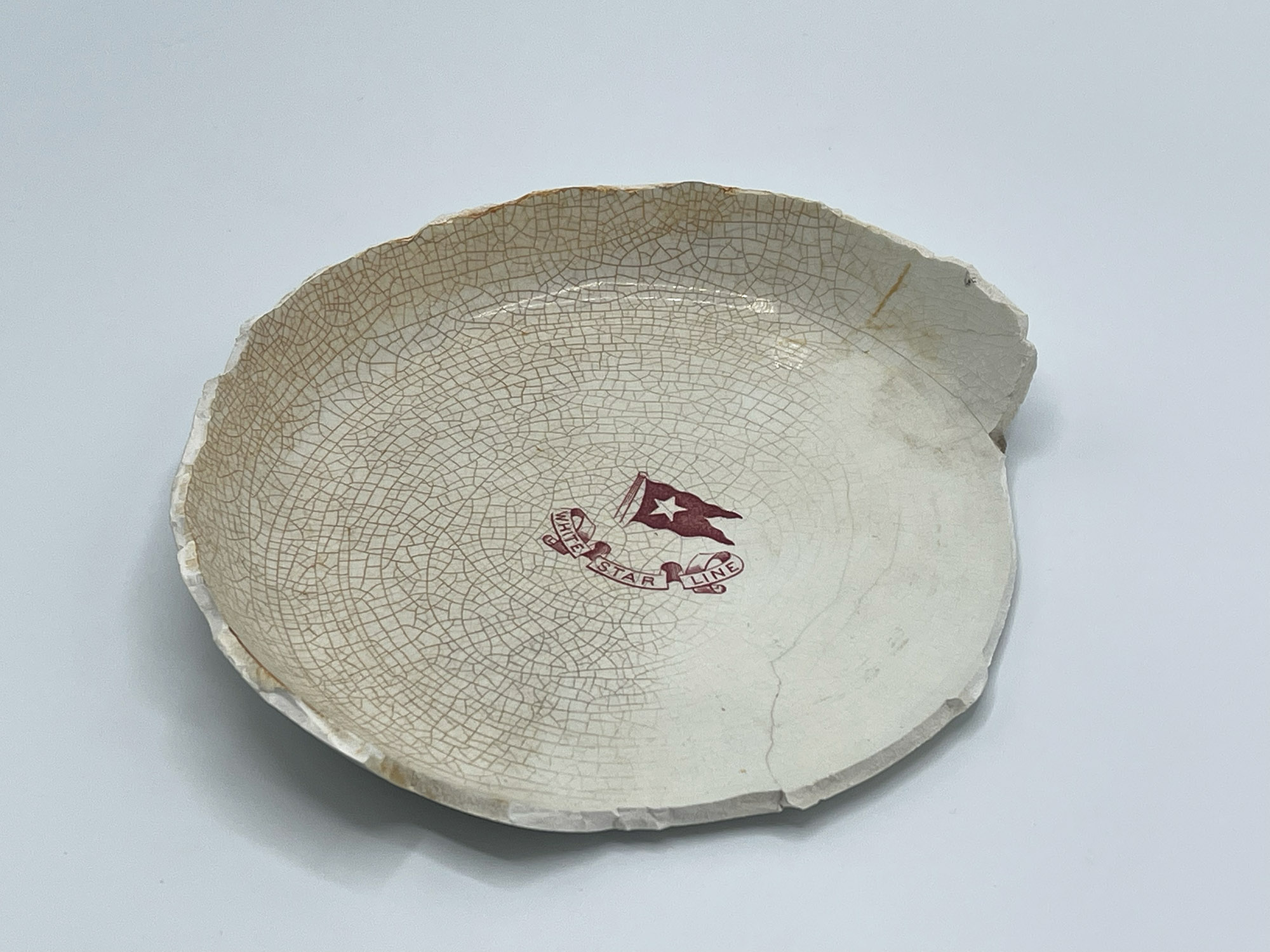 I’m incredibly excited to become the new caretaker of two SS Afric artefacts: a second class soup bowl, and a third class plate. Both were recovered from the wreck of Afric by divers, alongside other important artefacts including the ship’s bell, telegraph, and everyday items.

The SS Afric was built by Harland & Wolff in 1899, and used to ferry goods and passengers along the Australian trade route. During both the Second Boer War and WW1, it was also used as a troop transport ship. It was during this time on February 17, 1917, that the Afric was torpedoed by a German UC-66 coastal mine laying sub, as it approached the Eddystone light near Plymouth (UK). The Afric now lies in about 130 feet of water, 15.5 nautical miles south-east of Dodman Point and is a popular dive site in the UK. An eight-minute dive video of the wreck can be viewed on YouTube at this link.

The second class soup bowl is a stunning artefact from the wreck of the SS Afric. It’s stained with an orange hue, likely from sediment and rust from within the ship, heavily cracked, and includes a chip along its upper rim. The third class plate is more heavily damaged, with its outer rim entirely missing. Interestingly, the plate is in better condition where it lay on its side in sediment. Identical chinaware was used by the Titanic’s second and third class passengers.