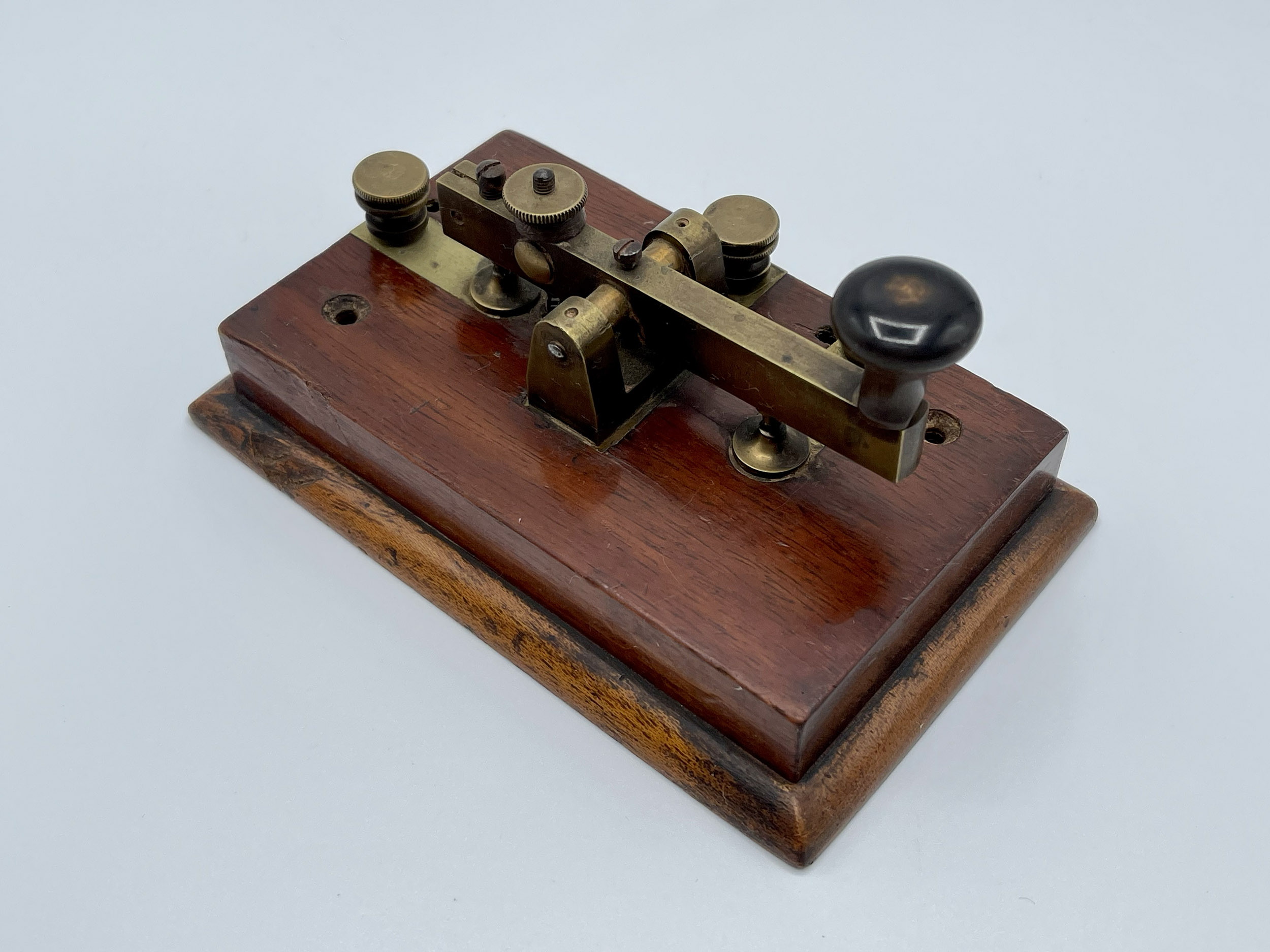 This brass morse key is mounted on varnished wooden base, with two brass terminals and a brass knife switch. This would have sat alongside another key, and used by the ship’s Marconi operator to send wireless messages. When the RMS Titanic set sail in 1912, most passenger ships were fitted with Marconi equipment, and had a dedicated team of operators. Communication between ship and shore was done by Morse code – a series of beeps that were interpreted to form letters and words. By day, morse code messages could travel up to 300 miles, but by night that doubled, or sometimes even tripled thanks to the refraction of long-wave radiation in the ionosphere.

While this Marconi key is most certainly not from the Titanic, it could be from the RMS Olympic – Titanic’s sister ship. It is in remarkable condition for its age, with the only sign of any wear and tear being a small chunk to one side of the wooden base.