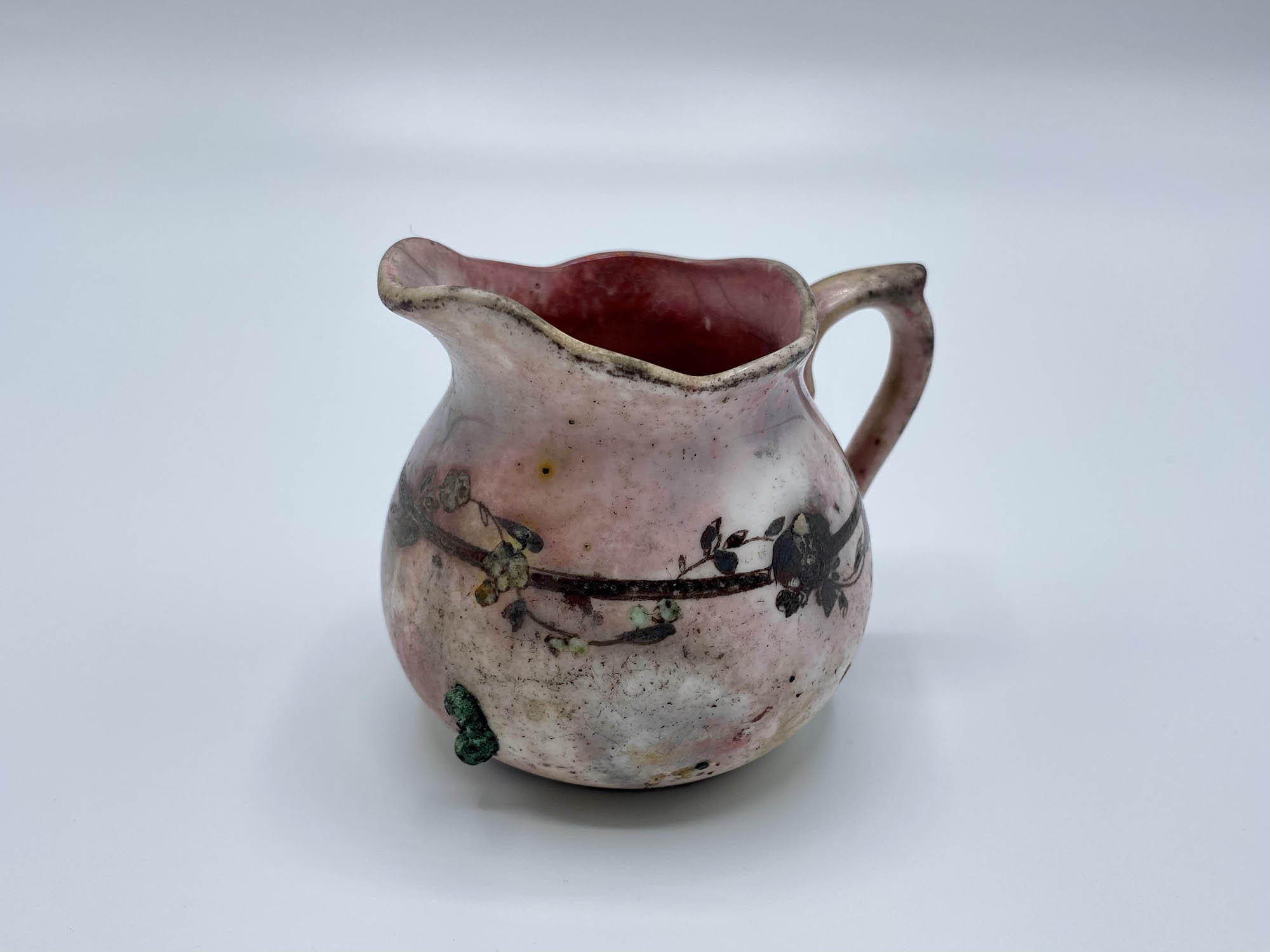 Purported to have been recovered from the Titanic wreck site, this small cream jug displays clear signs of damage, including micro fractures, and possible fire damage. The once delicate green and gold decoration has turned black, likely from a lack of preservation and desalination after its recovery. A solidified deep-sea worm is still attached to one side.

This china pattern was known as “English Rose”, and according to the National Museums of Northern Ireland (NMNI), was used exclusively on both the Olympic and Titanic.

This milk jug was served alongside afternoon tea, typically between 4 and 5.30 pm in the first-class Café Parisien restaurant. Afternoon tea cost 2 shillings per person (the equivalent in today’s money of £5).

See bottom of the gallery below for an identical milk jug from the RMS Olympic, in pristine condition: