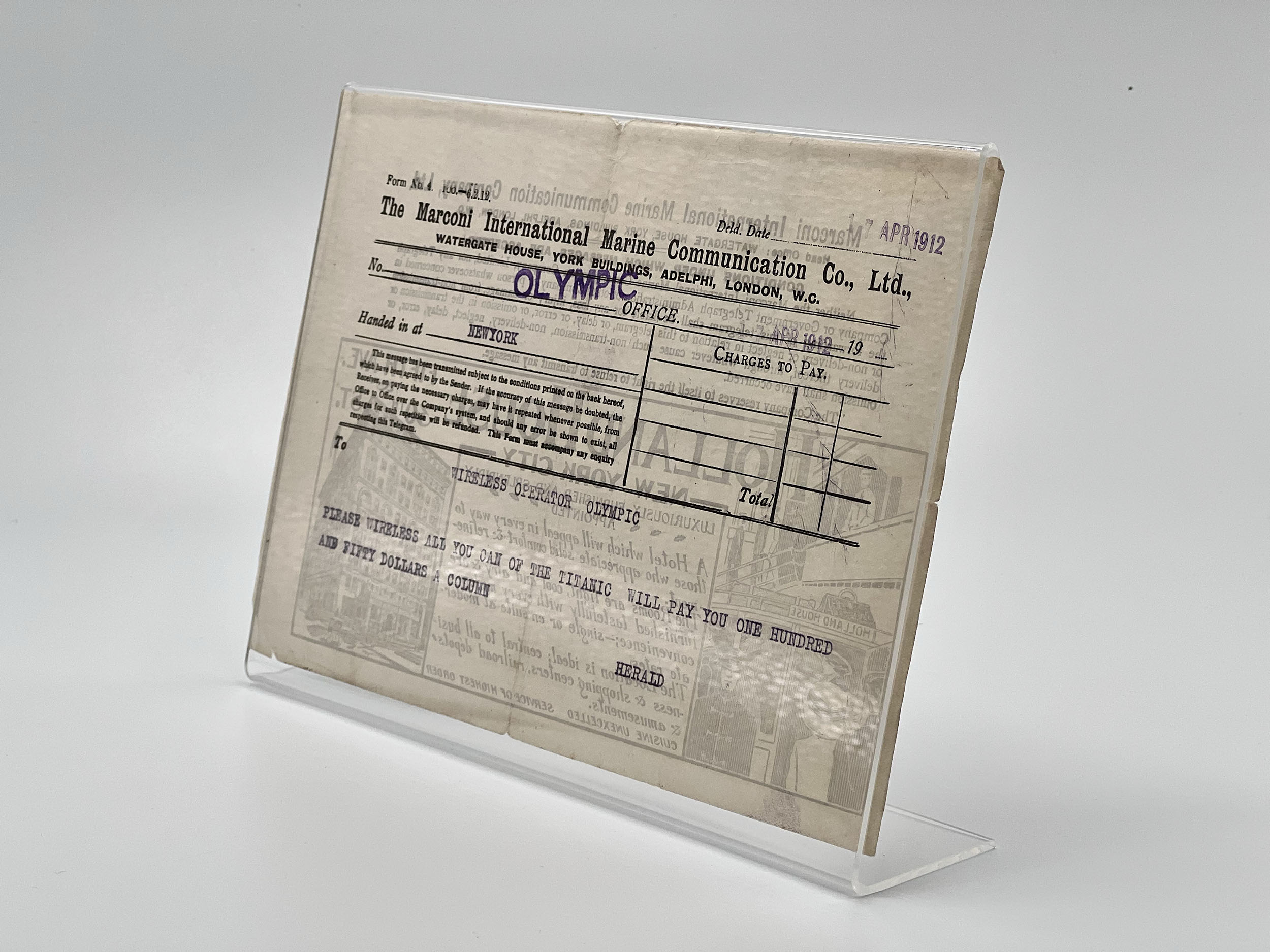 A unique telegram to the Olympic, sent two days after the Titanic's sinking.

This rare survivor from the Titanic disaster is a Marconi telegram received by Olympic’s First Wireless Officer, Ernest James Moore, on Wednesday, 17 April 1912. It was sent from the New York Herald, requesting news of the disaster, and offering to pay one hundred and fifty dollars per column; which today would be approximately $4,200 for every 750 words.

Late the following day after this telegram was sent, the Carpathia was expected to arrive in New York with Titanic’s survivors onboard. Captain Rostron was maintaining a strict black-out on all news, in respect of the survivors. Here we have evidence that Captain Haddock of Olympic may have issued similar orders to his wireless operators, Ernest Moore and his Junior assistant, Alec Bagot.

The owner of the Herald, Gordon Bennett, had a personal as well as professional interest in learning as much as he could, and as quickly as possible. He had entertained hopes of Jack Phillips becoming the Marconi operator on his private yacht, the Lysistrata; and it would be the Commercial Cable Company, co-founded and owned by him, which recovered the bodies of Titanic’s victims from the sea.

“WIRELESS OPERATOR OLYMPIC / PLEASE WIRELESS ALL YOU CAN OF THE TITANIC / WILL PAY YOU ONE HUNDRED AND FIFTY DOLLARS A COLUMN / HERALD.”

The condition of the telegram is excellent, without any loss or thinning of paper, or a pinhole break when viewed against a strong light. Both handstamps, for ‘OLYMPIC’ and ’17 APR 1912′, are authenticated by a specialist researcher.