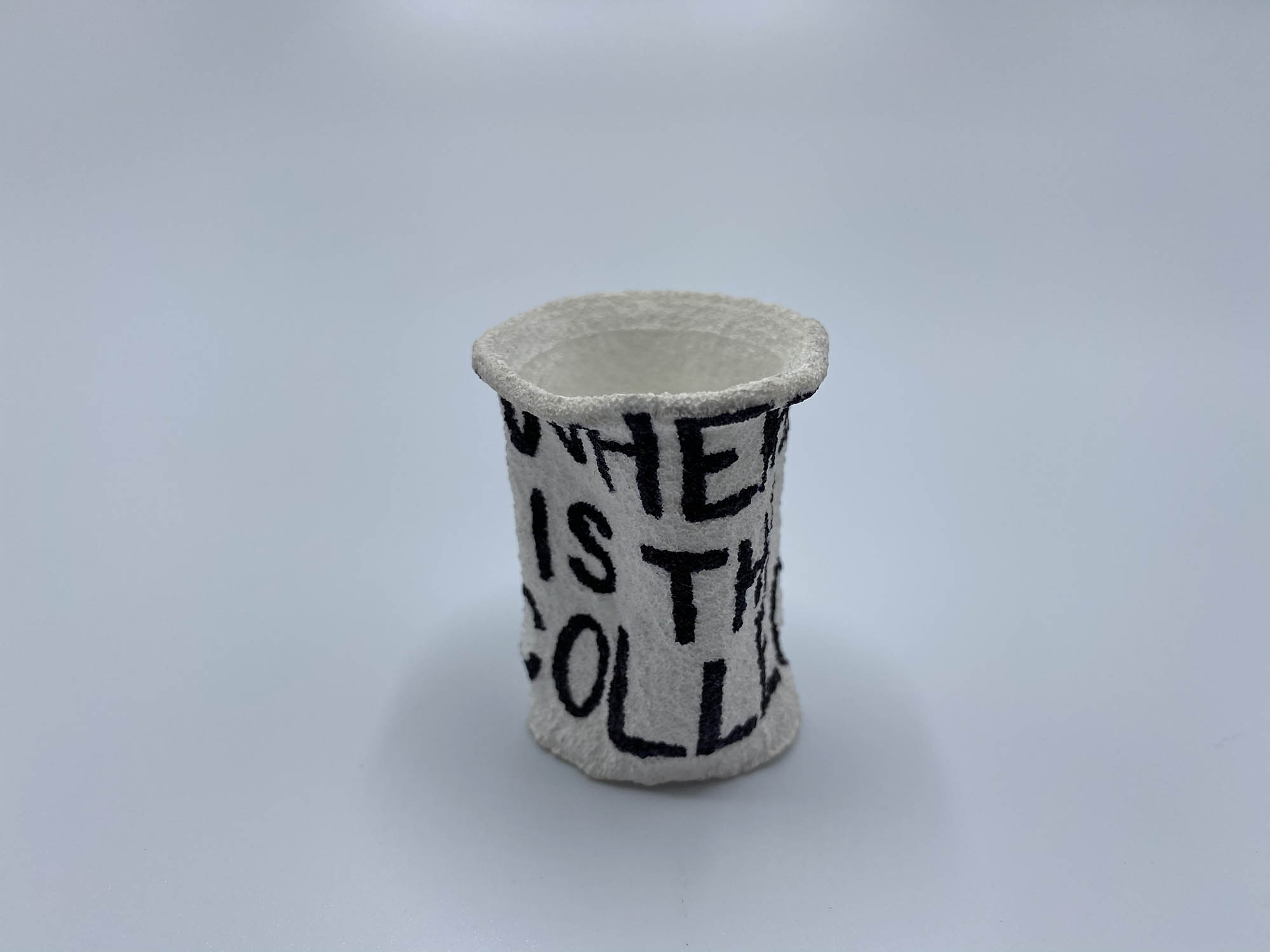 This tiny styrofoam is actually a quarter of its original size. It was crushed by water pressure after it was carried outside of the Russian MIR submersible, to the Titanic wreck site in 2001.

This piece of Titanic memorabilia is part of a collection of items owned by the late Steve Rigby, who dived to the Titanic wreck on a handful occasions between 1998 and 2001.

During the 2001 dive, a number of personalised styrofoam cups were placed outside of the MIR submersible, then later kept as souvenirs or sold to the public.

This cup is unique in that it is not numbered, and bears the cryptic handwritten message “Where is the collection”. Inside, the words “Titanic 2001” has also been written on the base of the cup.