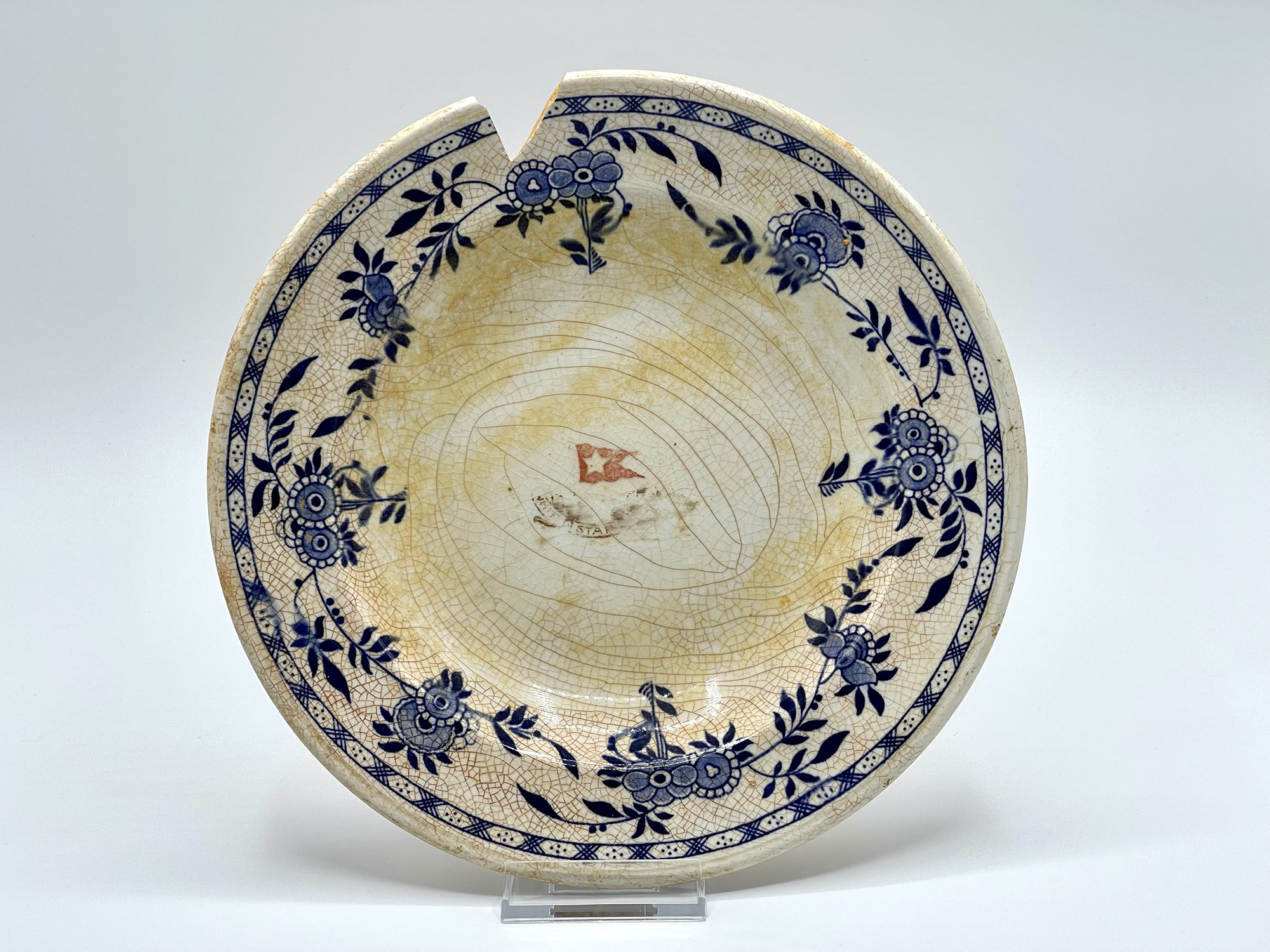 A damaged but beautiful second class soup bowl from the SS Afric. Identical soup bowls were in use onboard the RMS Titanic at the time of its sinking.

Considering this plate spent nearly a century at the bottom of the sea, it’s in remarkable condition. It was recovered from the wreck of the SS Afric, just 15.5 nautical miles from Plymouth (UK). The Afric was a combination of cargo and passenger ship, built by Harland & Wolff in 1899 and used to ferry people and goods to Australia. During the Second Boer War, the ship served as a troop transporter, then again during WW1. In 1917, the Afric was approaching Plymouth City Sound and arrived short of the Eddystone light. As the sun began to rise, Afric was making 10 knots east-north-east when suddenly the Chief Officer on the bridge spotted the white streak of a torpedo zipping across the water at a 45° angle. With a deafening explosion, the torpedo slammed into the bow. The order was immediately given to abandon ship, and the crew began lowering lifeboats. The U-boat allowed the crew to row clear of Afric, before a second torpedo was fired causing the ship to inevitably sink.

The Afric now lies in about 130 feet of water, 15.5 nautical miles south-east of Dodman Point and is a popular dive site in the UK. This plate was recovered alongside other artefacts, including the ship’s bell, telegraph, and everyday items including a lamp and pair of binoculars.