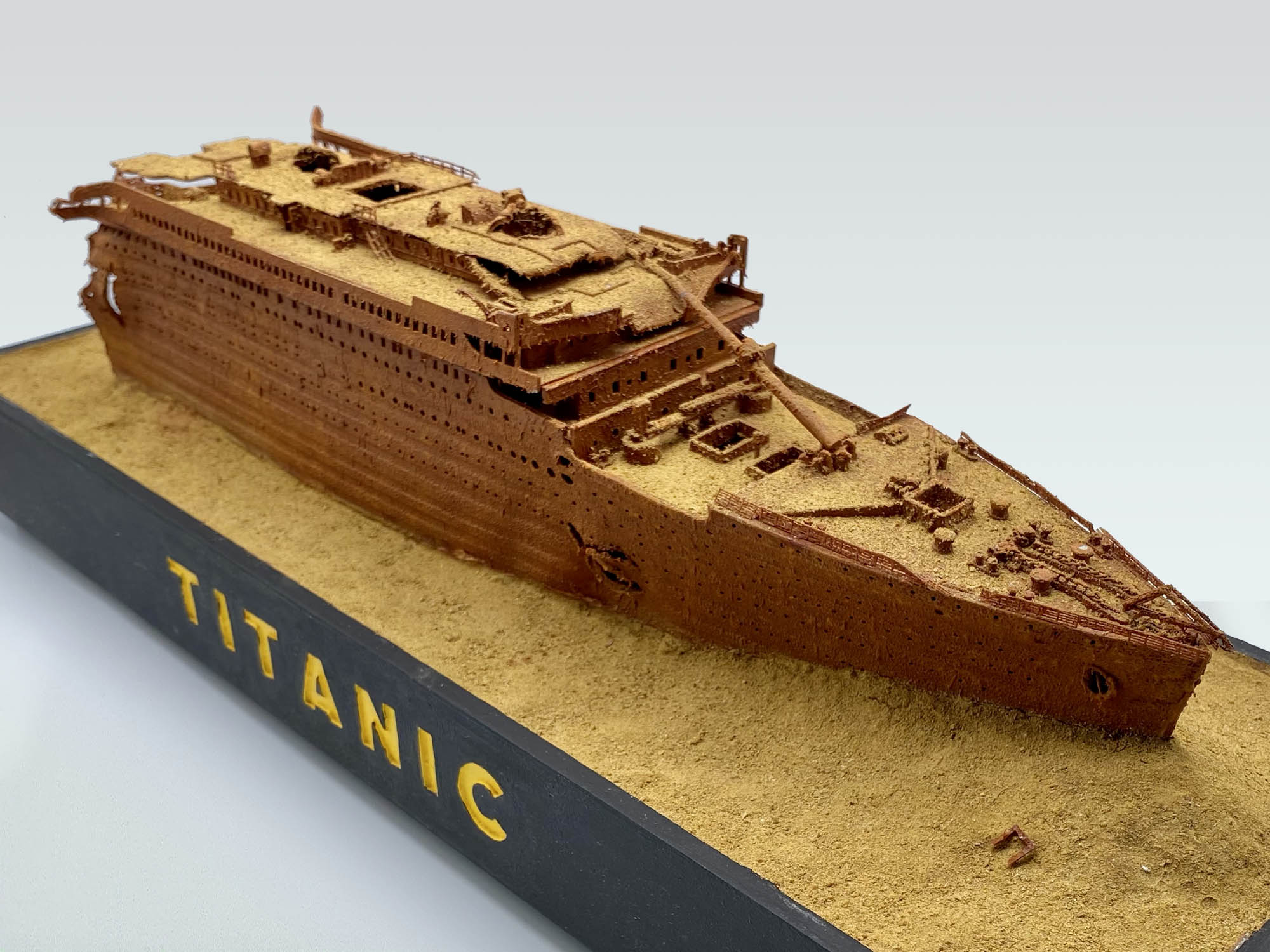 An accurate 1/350th scale model of the RMS Titanic wreck, as it was discovered in 1985.

This beautiful hand-crafted model depicts the Titanic’s bow section, shortly after its discovery by Robert Ballard in 1985. It was made by Paul Brierley, AKA CircleMakerStudio. Here is his Instagram account.

The bow lies two and a half miles at the bottom of the Atlantic Ocean, in freezing waters, at a pressure of 6,000 pounds per square inch. The very front of the bow is submerged in a further 50 feet of seabed, caused when the ship ploughed into the ocean floor at nearly 40 mph.

During the bow’s descent, currents and pressure caused the front mast to collapse and destroy the bridge area, which this model clearly depicts.

Other areas of interest include the ship’s missing funnels, damage caused to the front starboard side, and collapsed floors towards the rear of the bow section.