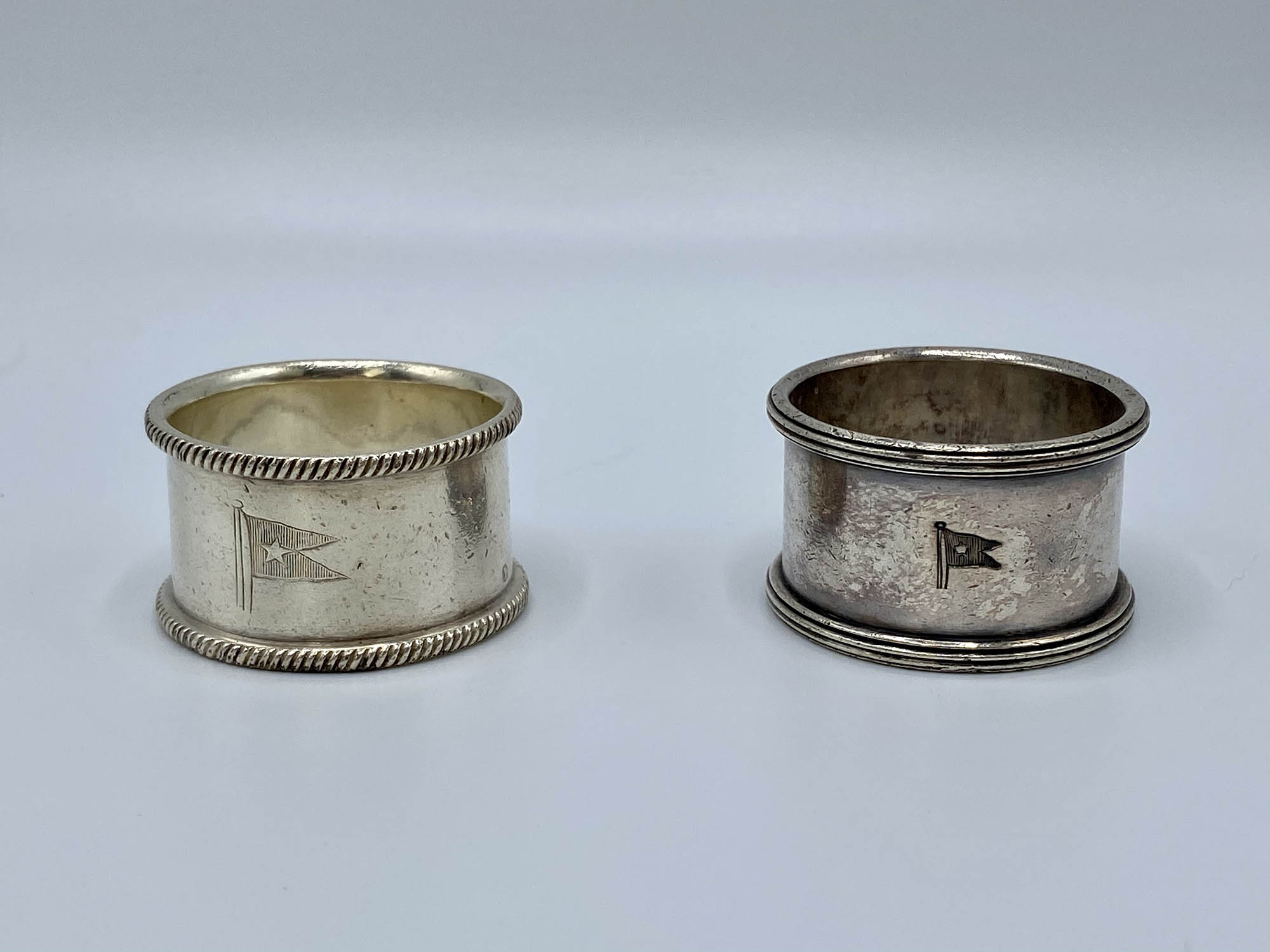 Two napkin rings, both from the RMS Olympic. Identical rings were also found on the Titanic.

The first napkin ring, numbered 29, is likely from the first-class restaurant. It is in excellent condition, with a large clear White Star Line etched logo.

The second napkin ring, numbered 94, was manufactured by Elkington & Co in 1926. It has clear signs of ageing, alongside a Maltese cross which is often found on White Star Line silver plate. It is suggested that the Maltese cross represents second-class silverware, but this has yet to be confirmed. 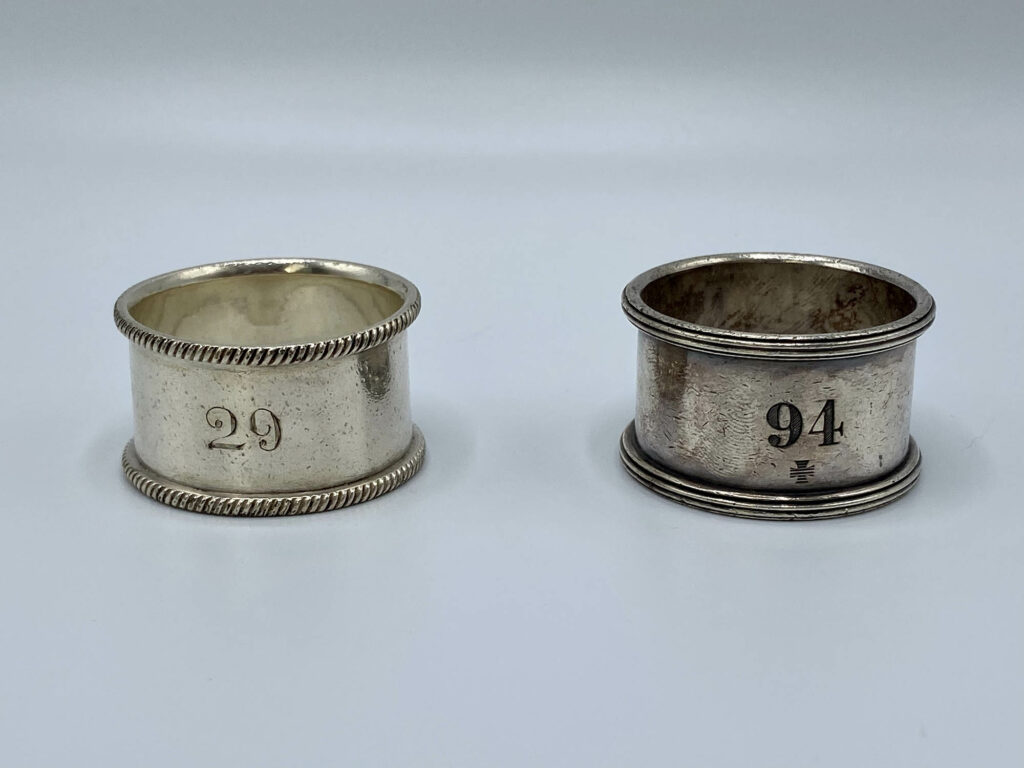 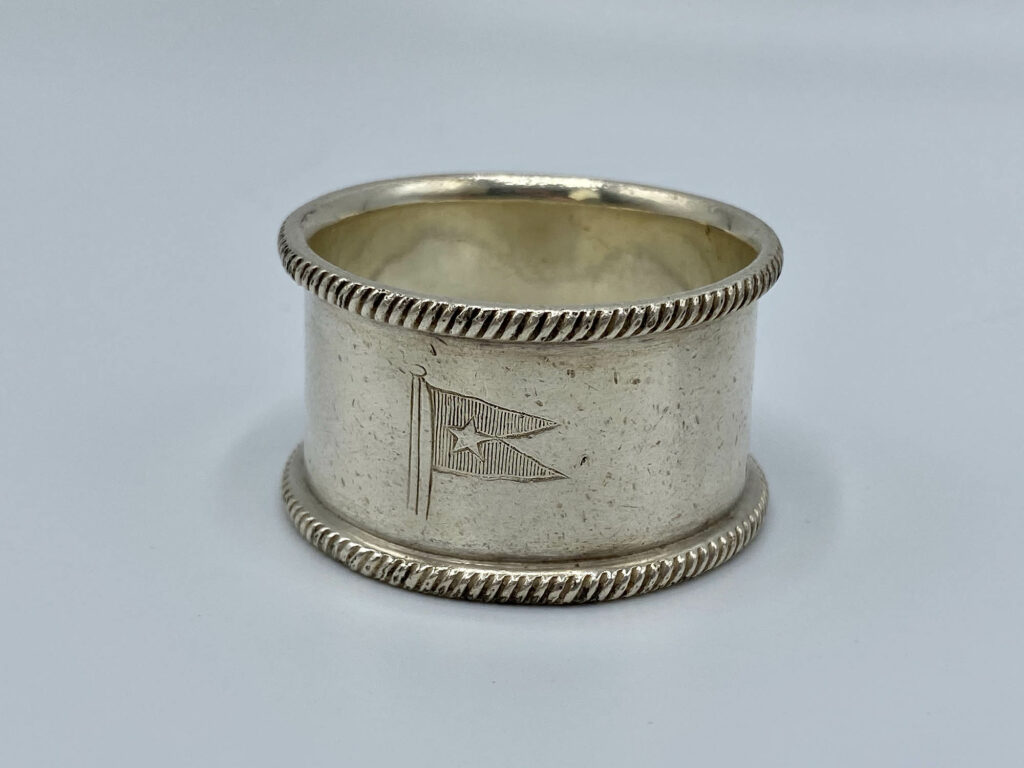 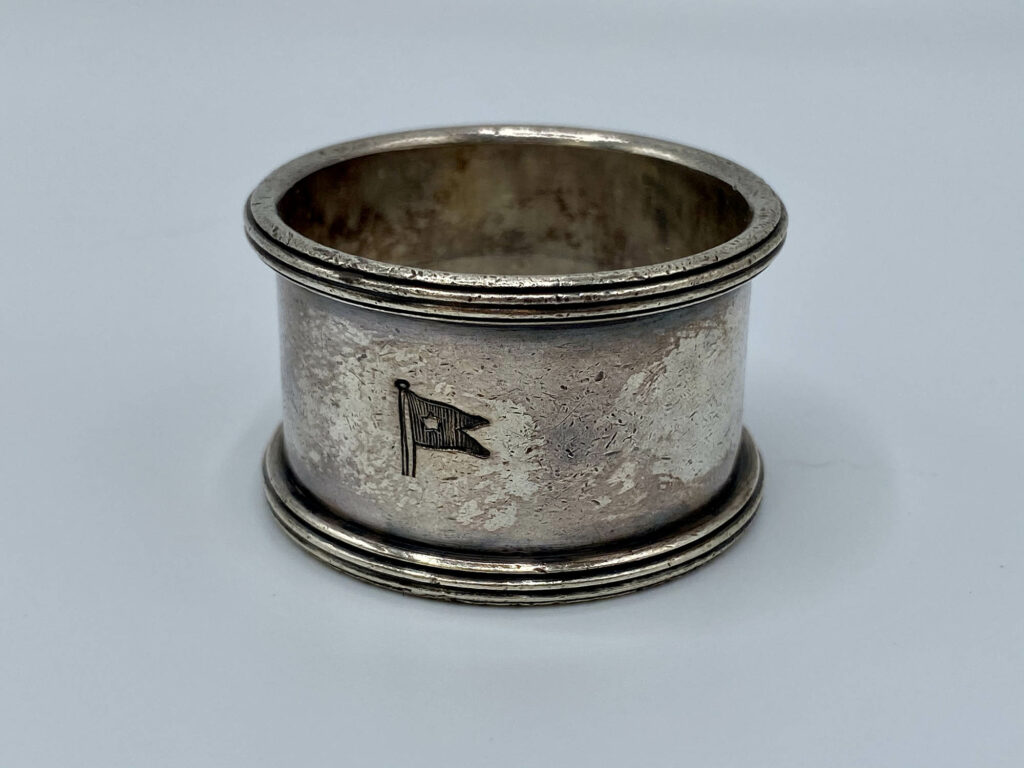 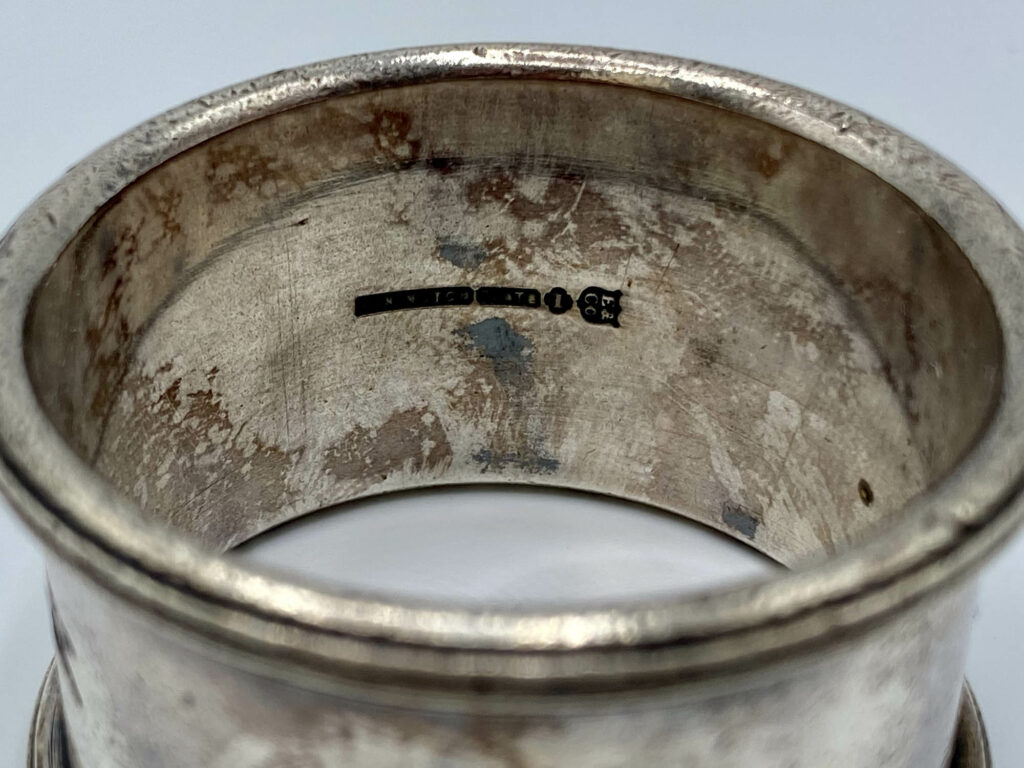