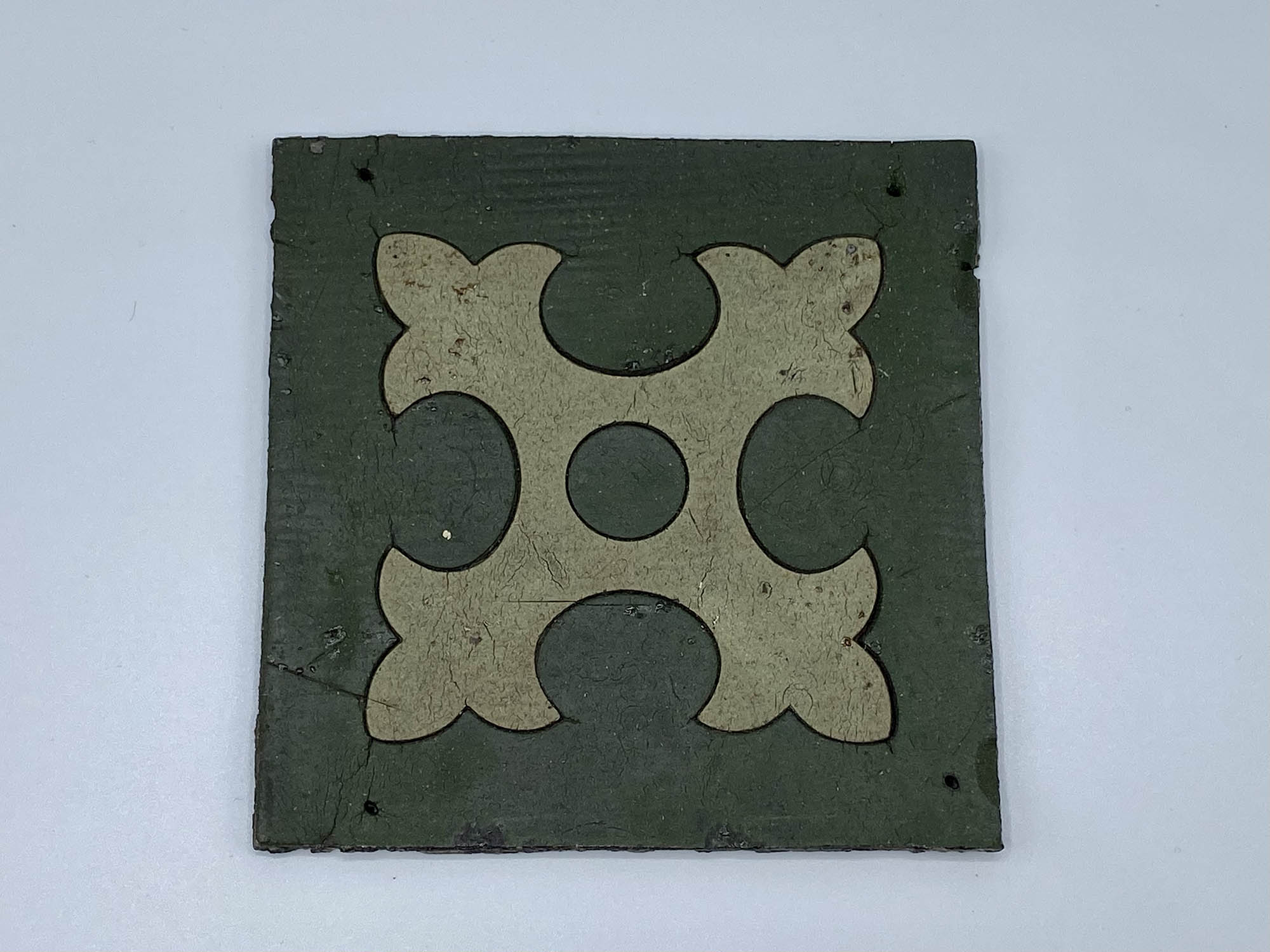 A rare linoleum tile, from the RMS Olympic. Identical tiles were also used on the Titanic.

This tile was originally located within the second class areas of the RMS Olympic. Tiles of this fleur de lis’ pattern were found in the Barber’s Shop, second class staircase, and second class saloon. Some in green and cream alternating patterns, and some in red and cream.

Made from linoleum, this flexible and hard-wearing material was designed to withstand years of foot-traffic, while also being waterproof and lightweight. After the Olympic was scrapped in 1935, the tiles found a new home in the Haltwhistle paint factory, where they were nailed to the floor. These tiles were subsequently saved and sold at auction in 2004