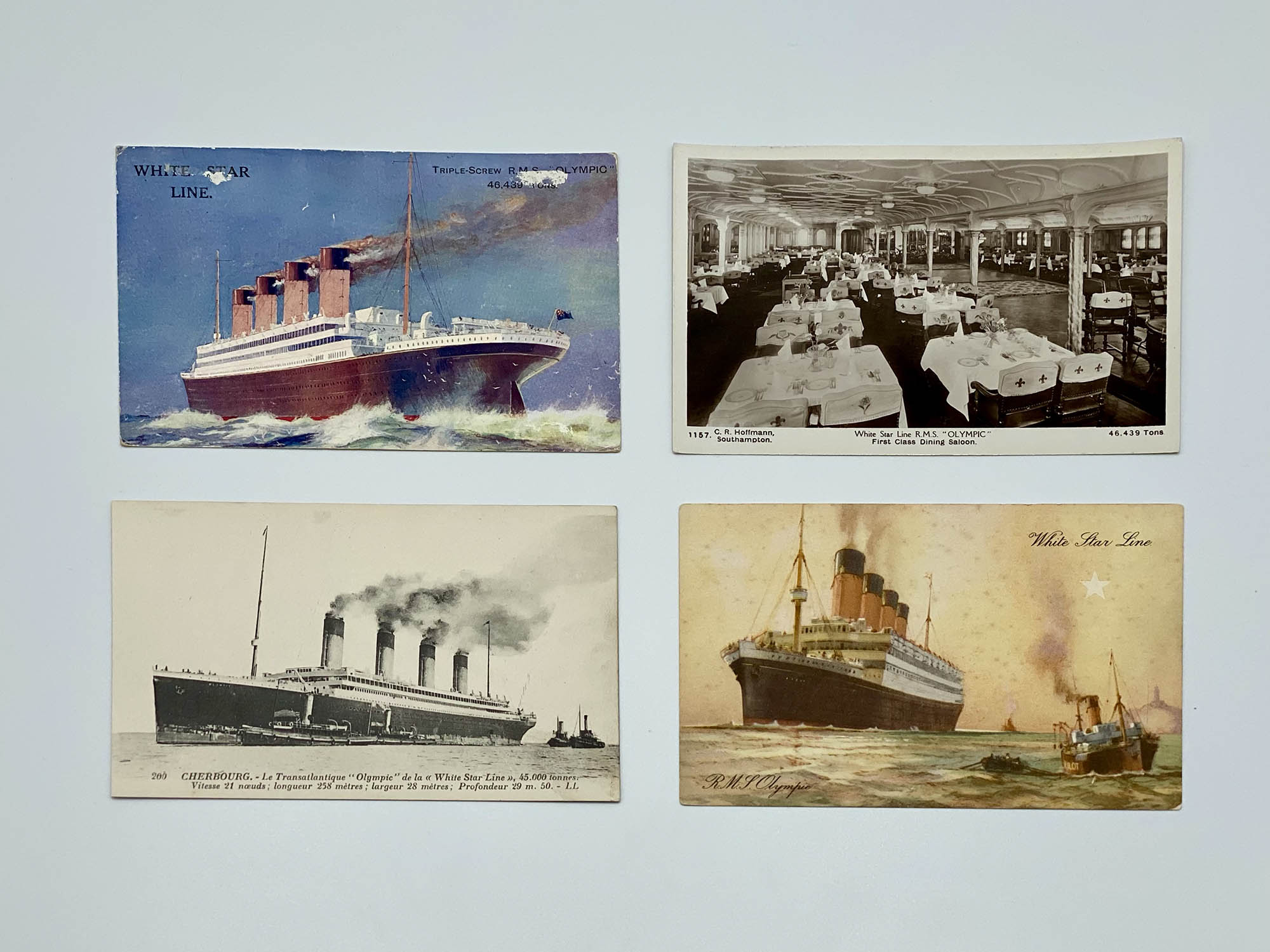 Four postcards in excellent condition, one of which was posted onboard the RMS Olympic as it sailed from Southampton to New York.

Postcards were popular with passengers in the heyday of transatlantic crossings, often seen as a fun and heartfelt way to let family and friends about the opulence of White Star Line vessels, and life at sea. These four postcards are classic of that era, depicting both the Olympic itself, alongside the first-class restaurant. One particular postcard was posted from the onboard Pursers office, and reads:

Got your letter all right. Don’t worry I am in first class form and will be all right. The steamer calls at Cherbourg before sticking her nose into the Atlantic so this will go ashore there. Cheer up, F. 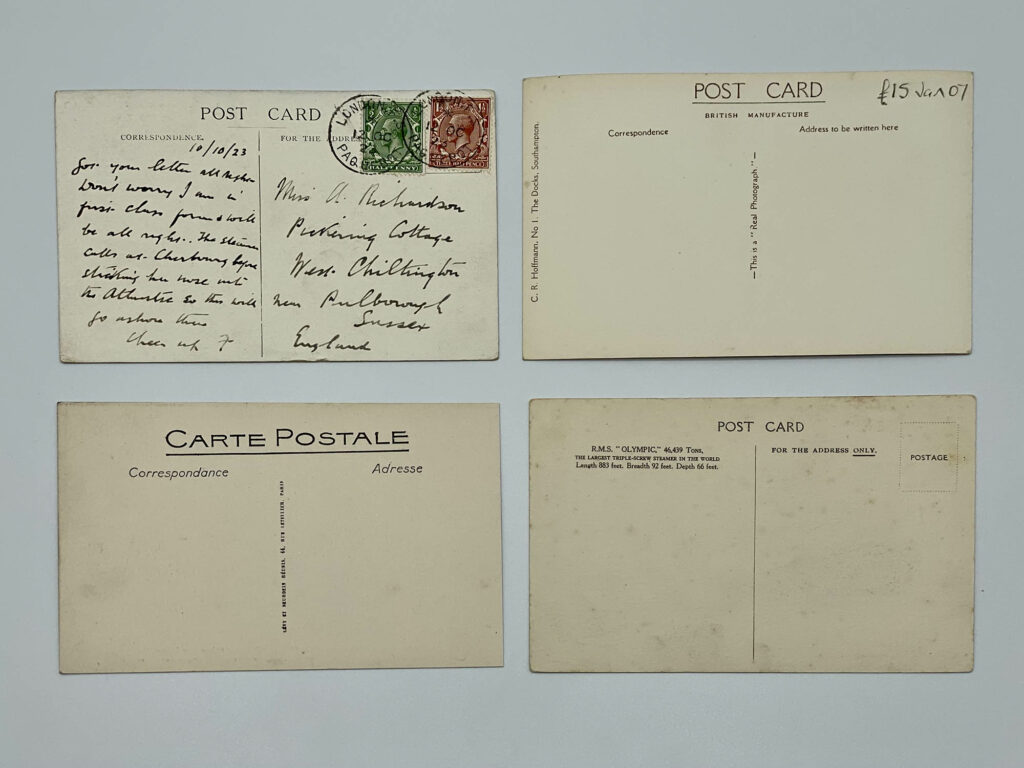