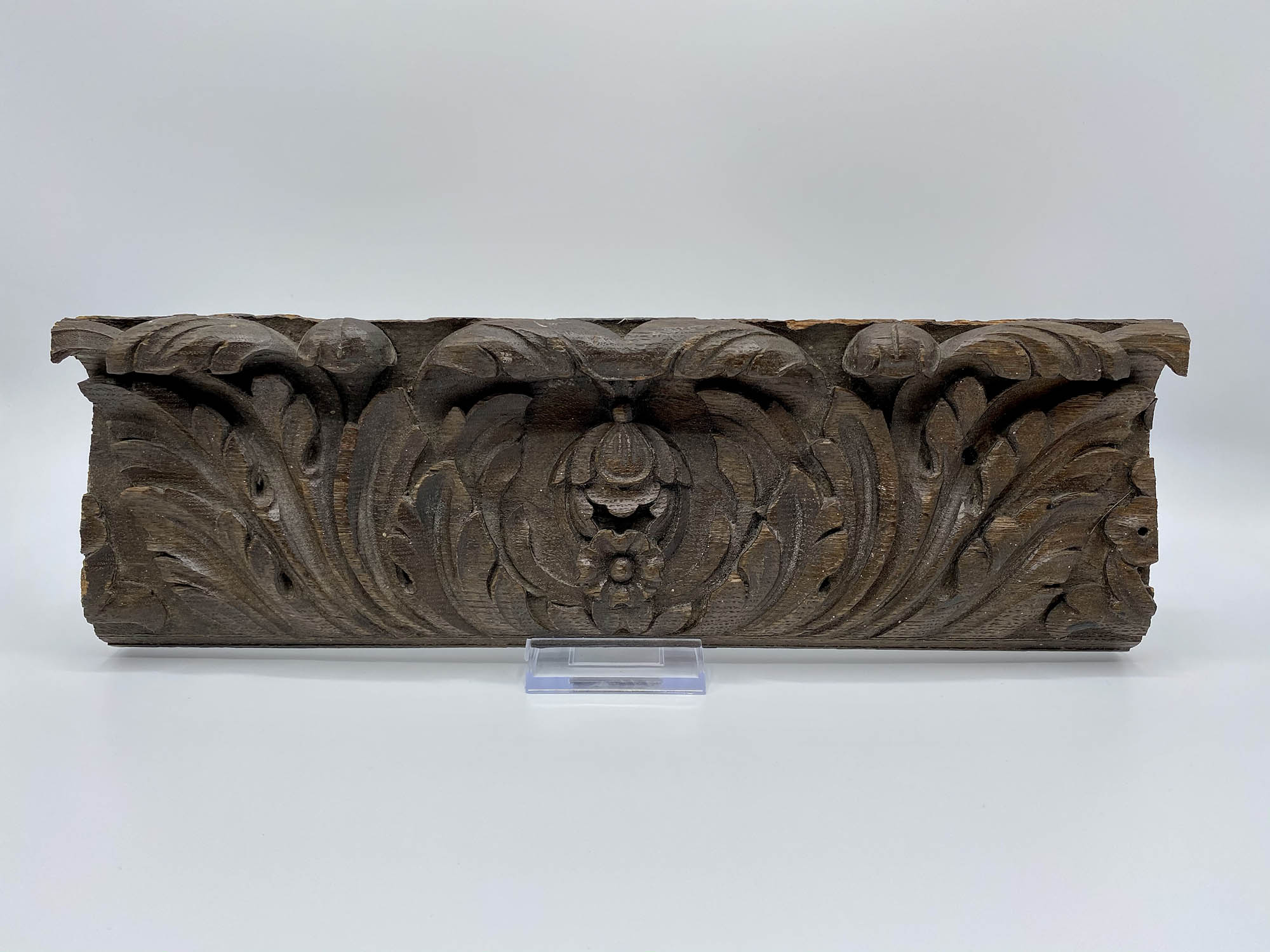 A beautiful 12-inch section of oak carving from the RMS Olympic's Grand Staircase.

Perhaps the most famous and recognisable part of the Titanic was the Forward Grand Staircase. It was described best in the White Star Line brochure “Olympic” / & “Titanic” / Largest Steamers in the World:

We leave the deck and pass through one of the doors which admit us to the interior of the vessel, and, as if by magic, we at once lose feeling that we are on board a ship, and seem instead to be entering the hall of some great house on shore. Dignified and simple oak panelling covers the walls, enriched in a few places by a bit of elaborate carved work, reminiscent of the days when Grinling Gibbons collaborated with his great contemporary, Wren.

In the middle of the hall rises a gracefully curving staircase, its balustrade supported by light scrollwork of iron with occasional touches of bronze, in the form of flowers and foliage. Above all a great dome of iron and glass throws a flood of light down the stairway, and on the landing beneath it a great carved panel gives its note of richness to the otherwise plain and massive construction of the wall. The panel contains a clock, on either side of which is a female figure, the whole symbolizing Honour and Glory crowning Time. Looking over the balustrade, we see the stairs descending to many floors below, and on turning aside we find we may be spared the labour of mounting or descending by entering one of the smoothly-gliding elevators which bear us quickly to any other of the numerous floors of the ship we may wish to visit.

The staircase is one of the principal features of the ship, and will be greatly admired as being, without doubt, the finest piece of workmanship of its kind afloat.

This was originally in situ above the Grand Staircase itself, and was in place for the entirety of the Olympic’s 24 years service at sea. Identical oak moulding was also in place in the Titanic’s Grand Staircase.