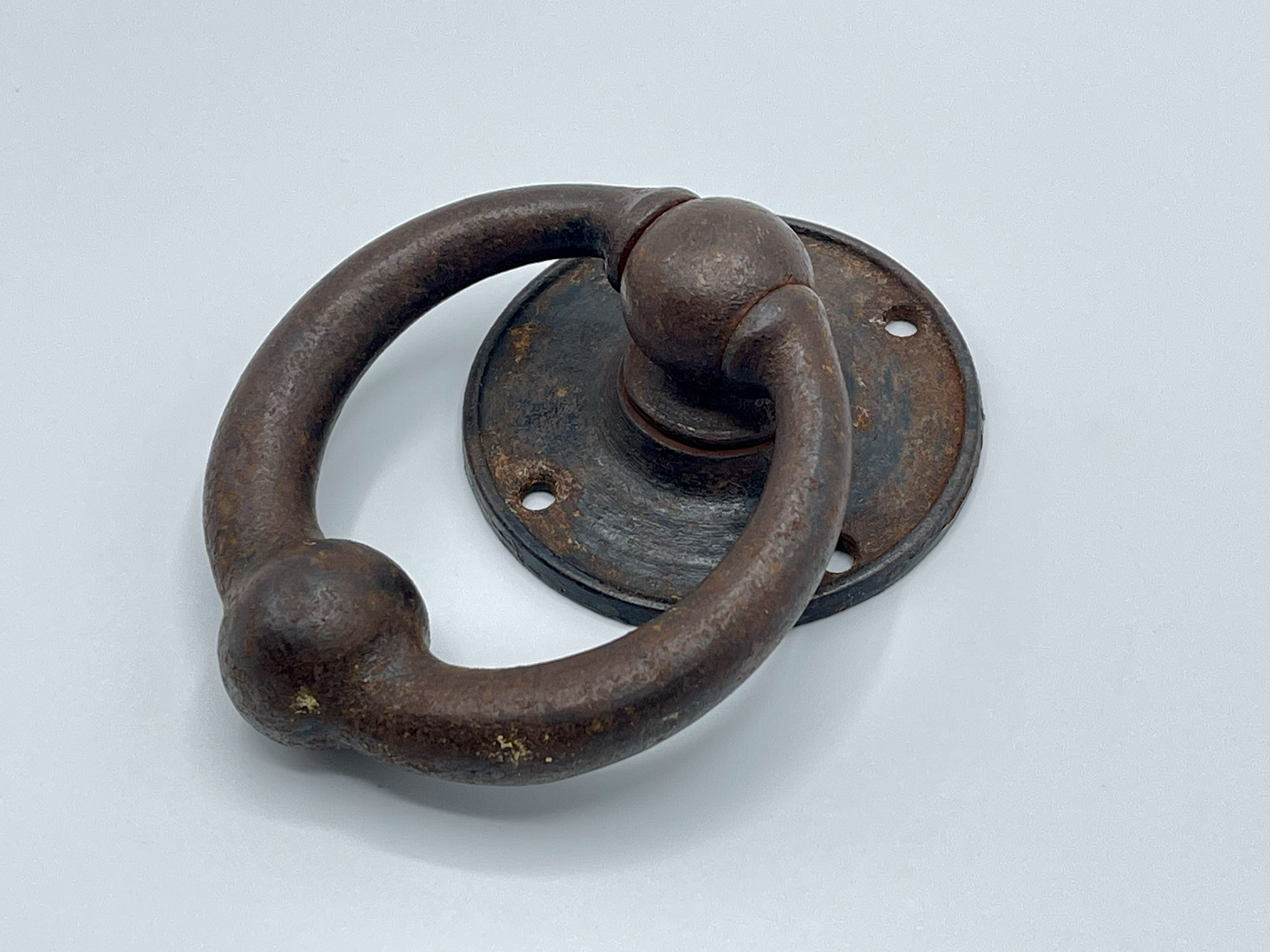 A beautiful pair of door handles that once adorned the vestibule doors that served as the A-deck entrance to the first-class Grand Staircase.

While there are no photos of the vestibule doors in-situ, they were captured in illustration form for a coloured postcard of the Olympic’s Grand Staircase (see image 4 below). One door was photographed shortly before it was sold at auction on 4 September, 2004, at the old Akzo Noble paint factory in Haltwhistle, England. One of these handles can be seen in its original place. See photos 5 below.