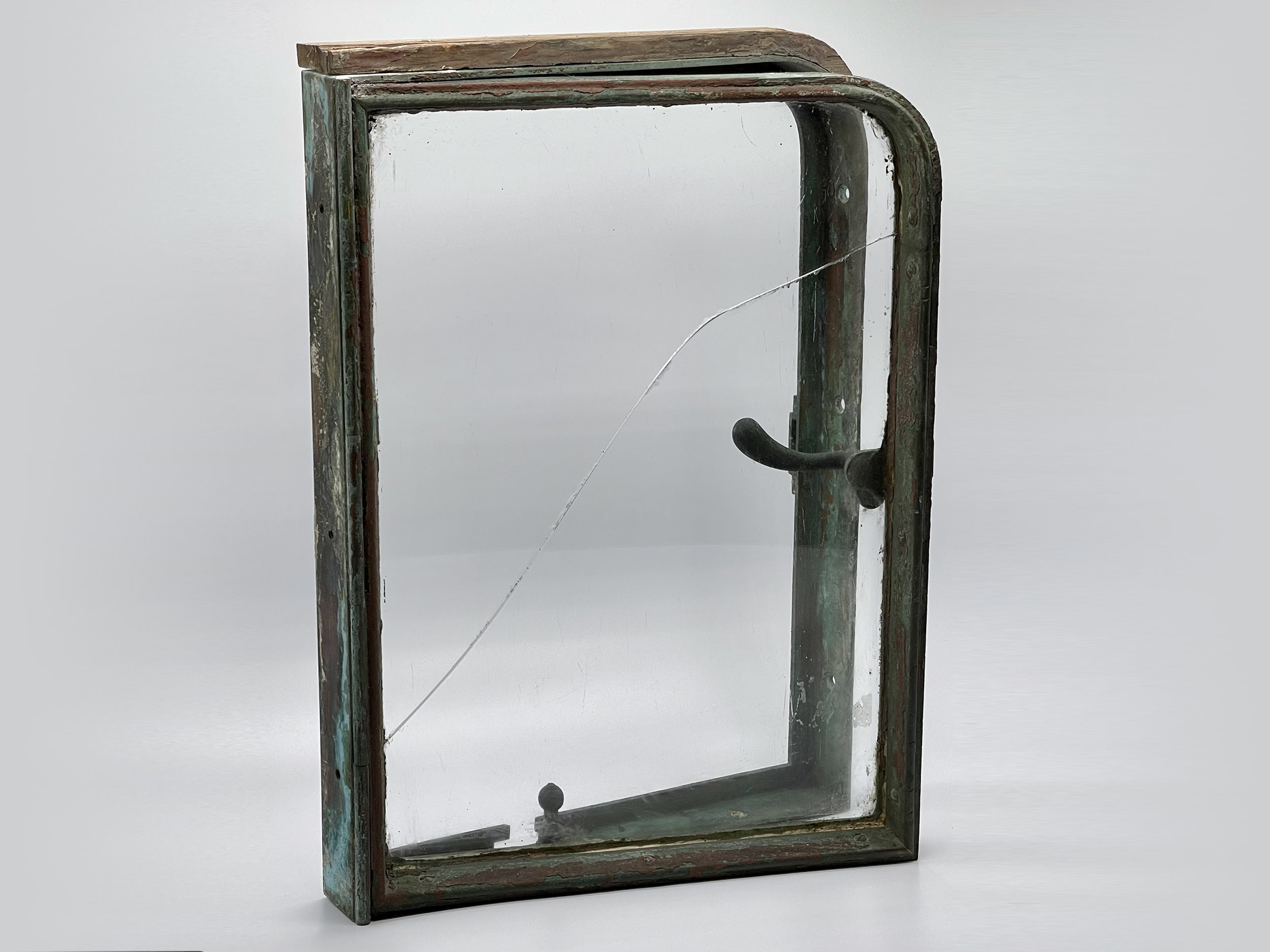 Here’s an incredible piece of the RMS Olympic: part of a larger window that looked out from the first class Lounge onto the A Deck promenade.

Still in working order, but incredibly worn with age, this large brass window frame still features its original handle, and still opens (with a little force). The piece of window would have formed part of a much larger frame, and would have been in the upper-right corner.

Made from solid brass, the metal has deteriorated with age, but work has begun to preserve and possibly restore its initial sheen. Identical windows where found on the Titanic. Interestingly, a similar window from the Titanic’s first-class lounge has been recovered, and is in similar condition to this from the Olympic, which provides evidence of the harsh conditions that salt water has on brass.