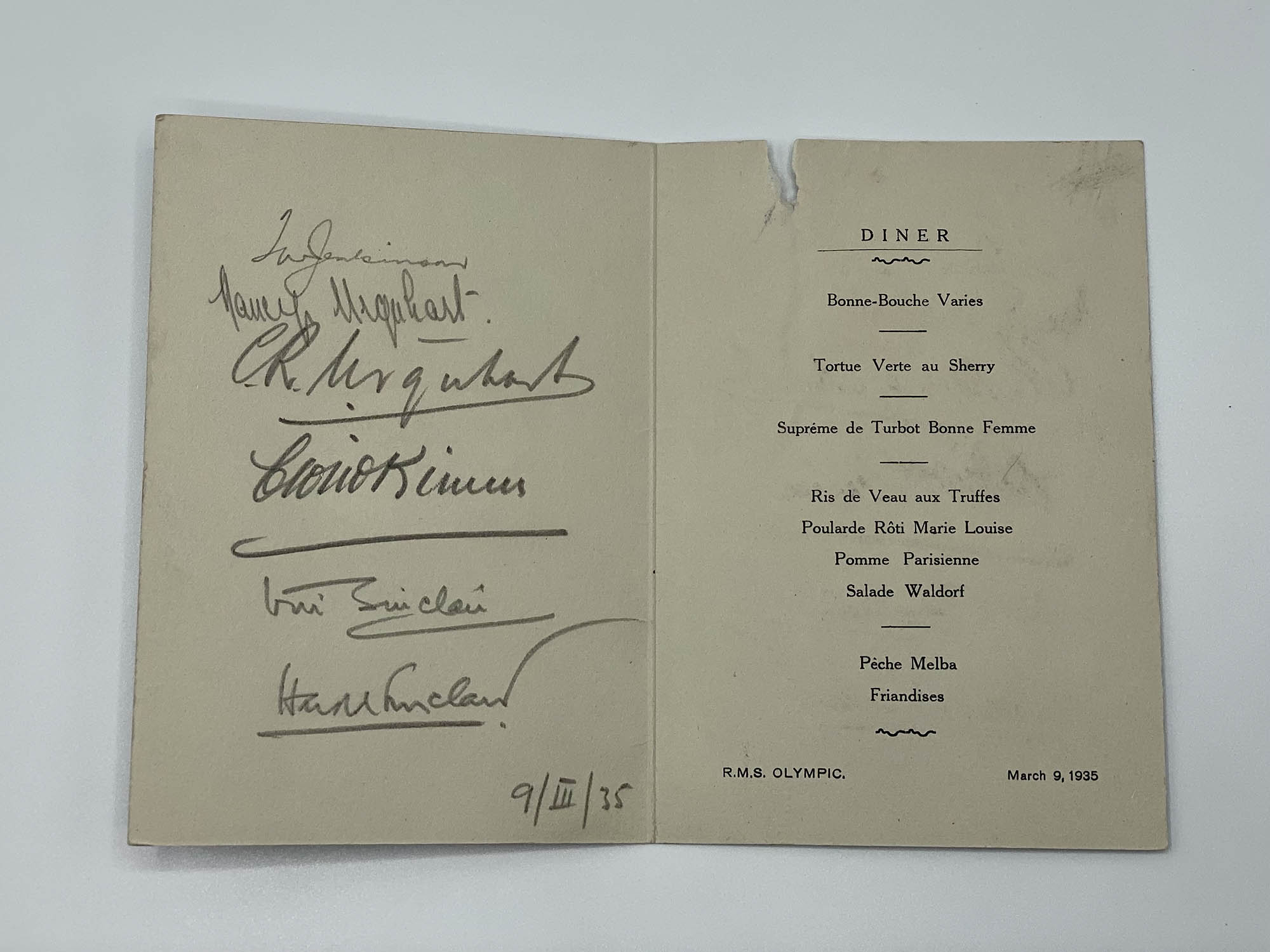 A first-class menu from the main onboard the RMS Olympic, on 9th March, 2935.

What makes this menu significant is that this was the Olympic’s penultimate voyage, and 256th westbound crossing, mere weeks before she was sadly scrapped.

It has been signed by the passengers at the table and was likely a private dinner for the group. It was widely known at the time that the Olympic was about to be retired, so it’s likely that the passengers who signed this menu did so knowing it was to be their meal on the ship’s main restaurant.

The menu was rather limited, due in part to sections of the kitchen being closed ahead of the ship’s retirement, but nevertheless it offered: 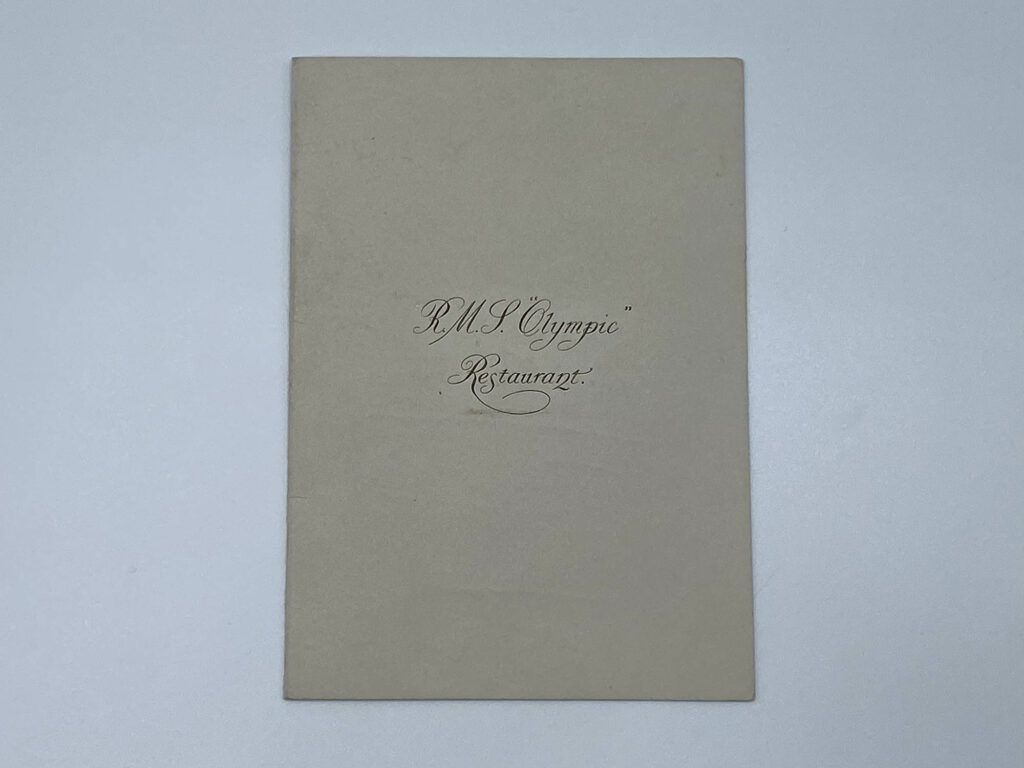