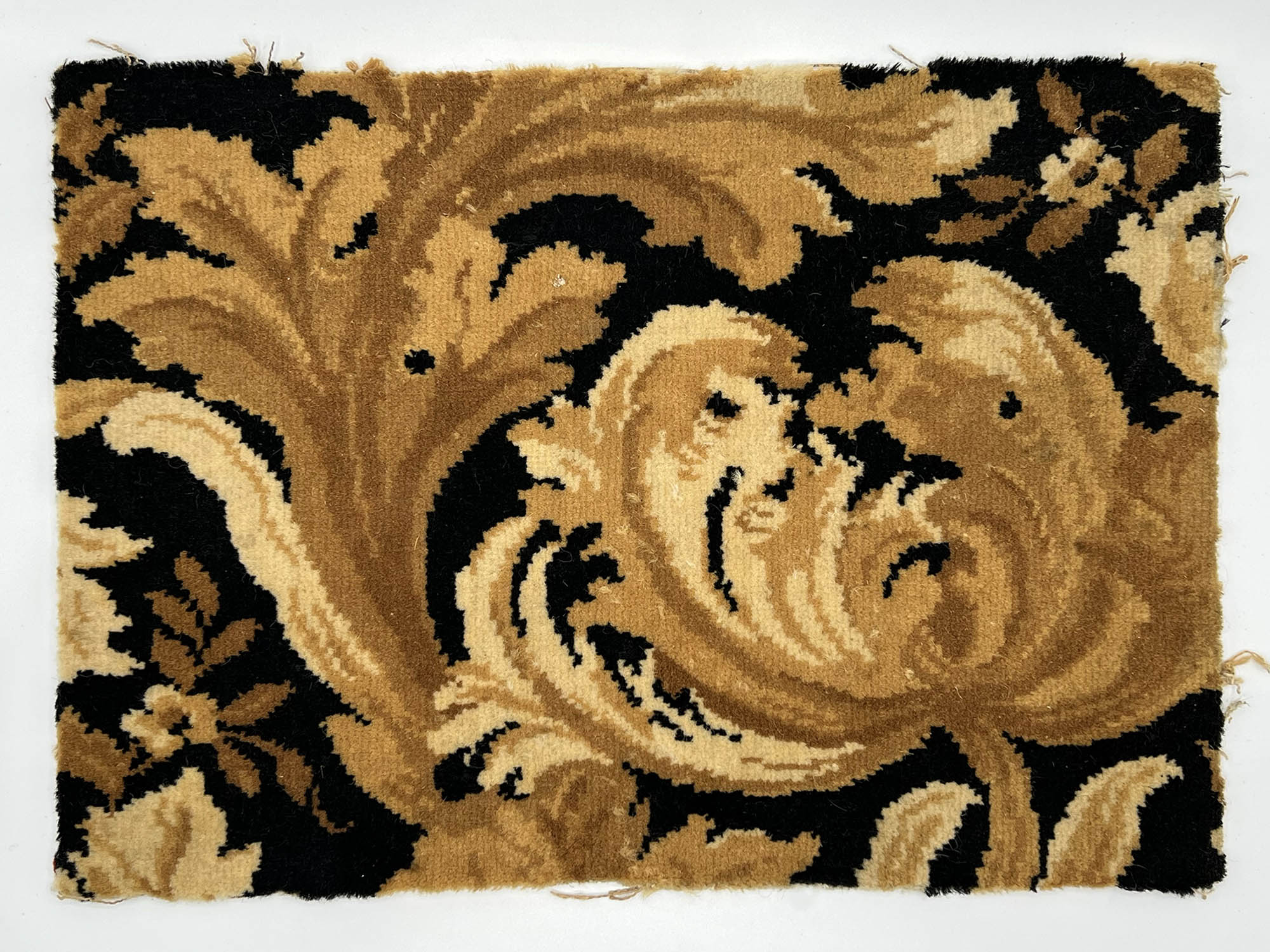 An incredibly rare and unique survivor from the RMS Olympic: a 17 x 14-inch piece of carpet from the First Class Lounge.

Open daily between 8am and 11pm, the First Class Lounge was used primarily for socialising, card games, reading, and the taking of light refreshments before and after dinner. Based on A-deck and reserved exclusively for first class passengers, it was one of the most ornate public rooms on board the Olympic, modelled in the Louis XV style after the Palace of Versailles in France. Passengers were able to enjoy intricately carved English oak paneling, intermittent motifs of musical instruments, bronze sconces, and large rounded mirrors. The centrepiece was a 49-light opaque glass and ormolu Electrolier with crystal embellishments. In short, the First Class Lounge was the epitome of class and style.

This large piece of carpet is a rare survivor of the original lounge. After the Olympic’s scrapping in 1935, it was fitted within the Marquis of Granby Hotel in Bamford, which was later demolished in 1983. This piece of carpet was found beneath the cocktail bar during demolition, kept in remarkable condition thanks to the bar fittings above it. It was later owned by the Estate of Charles Schalebaum, then purchased by White Star Memories. It is now a part of the Titanic Treasures collection.

While a few strands of canvas have been pulled loose, the majority of the carpet looks remarkably pristine, with no signs of severe wear and tear.