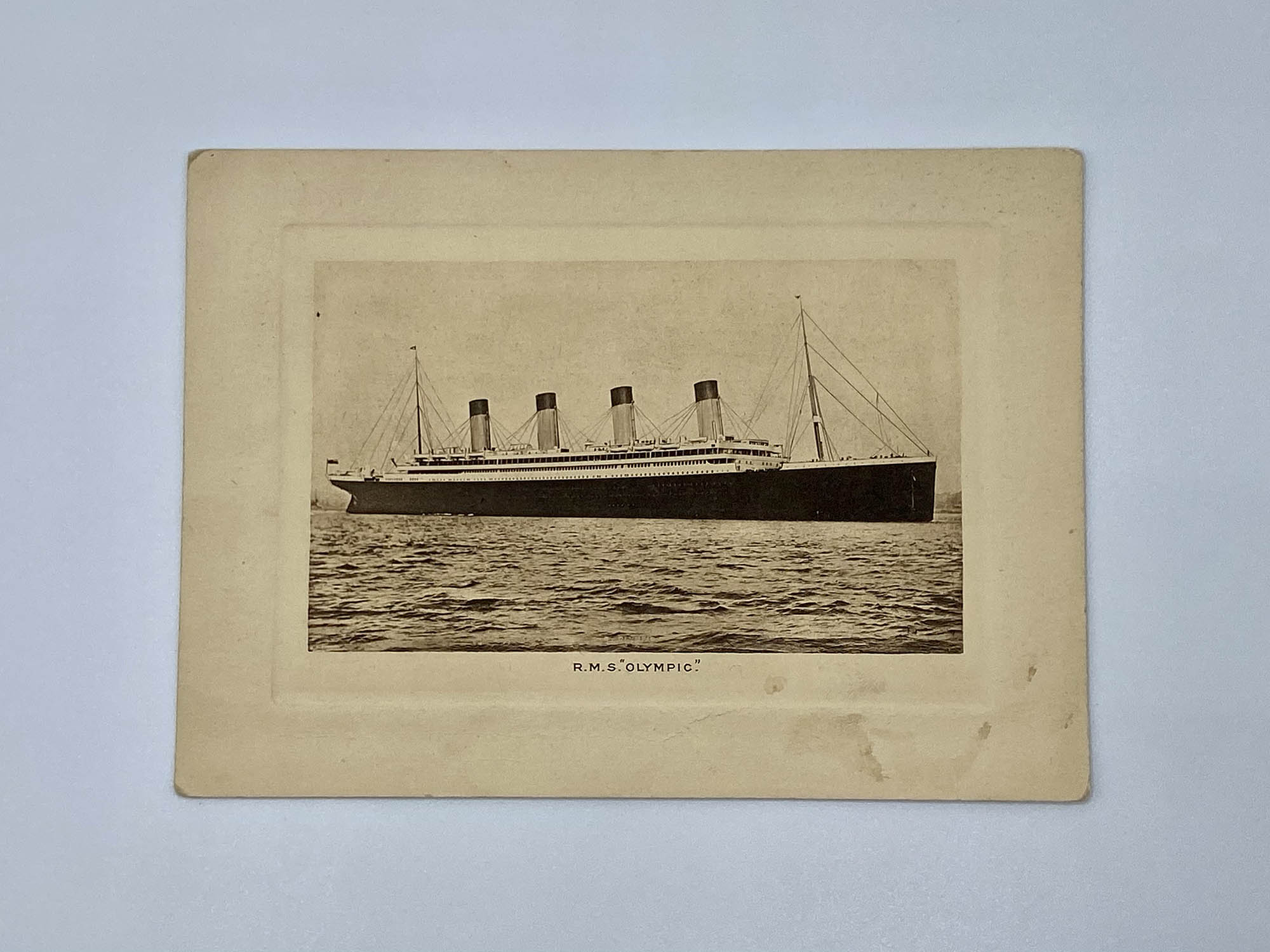 These were given to passengers at the end of a crossing, and detail both weather conditions and speed. In this particular Log, the sea was mild as the ship left New York, but became progressively worse mid-crossing. The average speed was recorded as 20.88 knots. 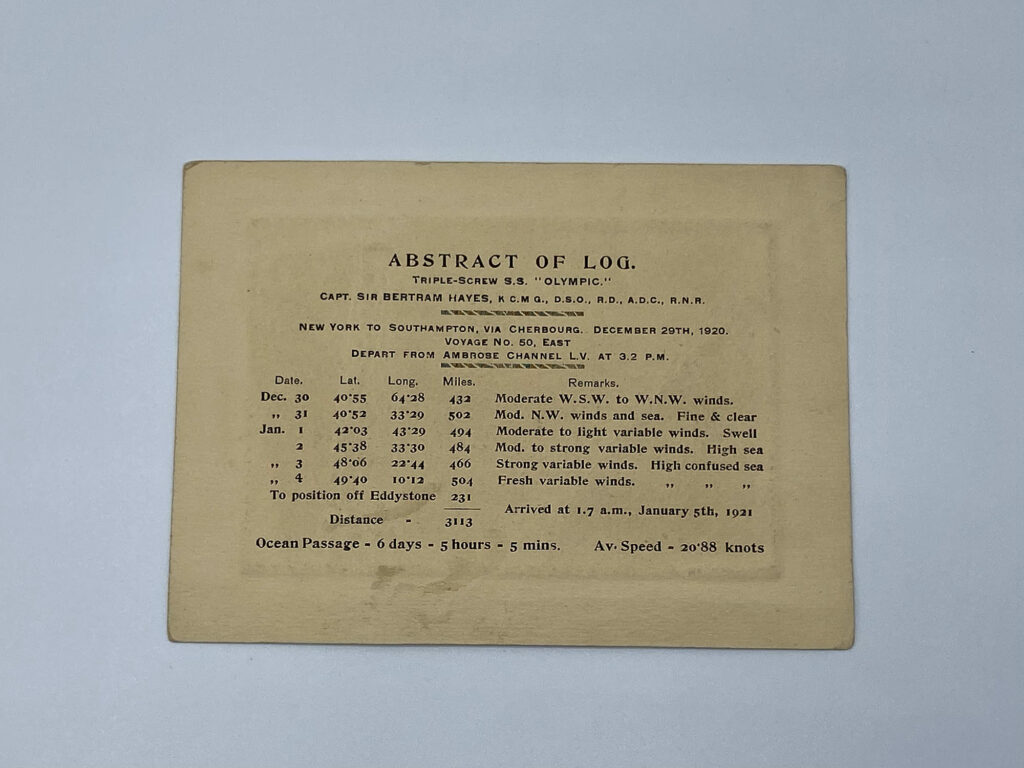