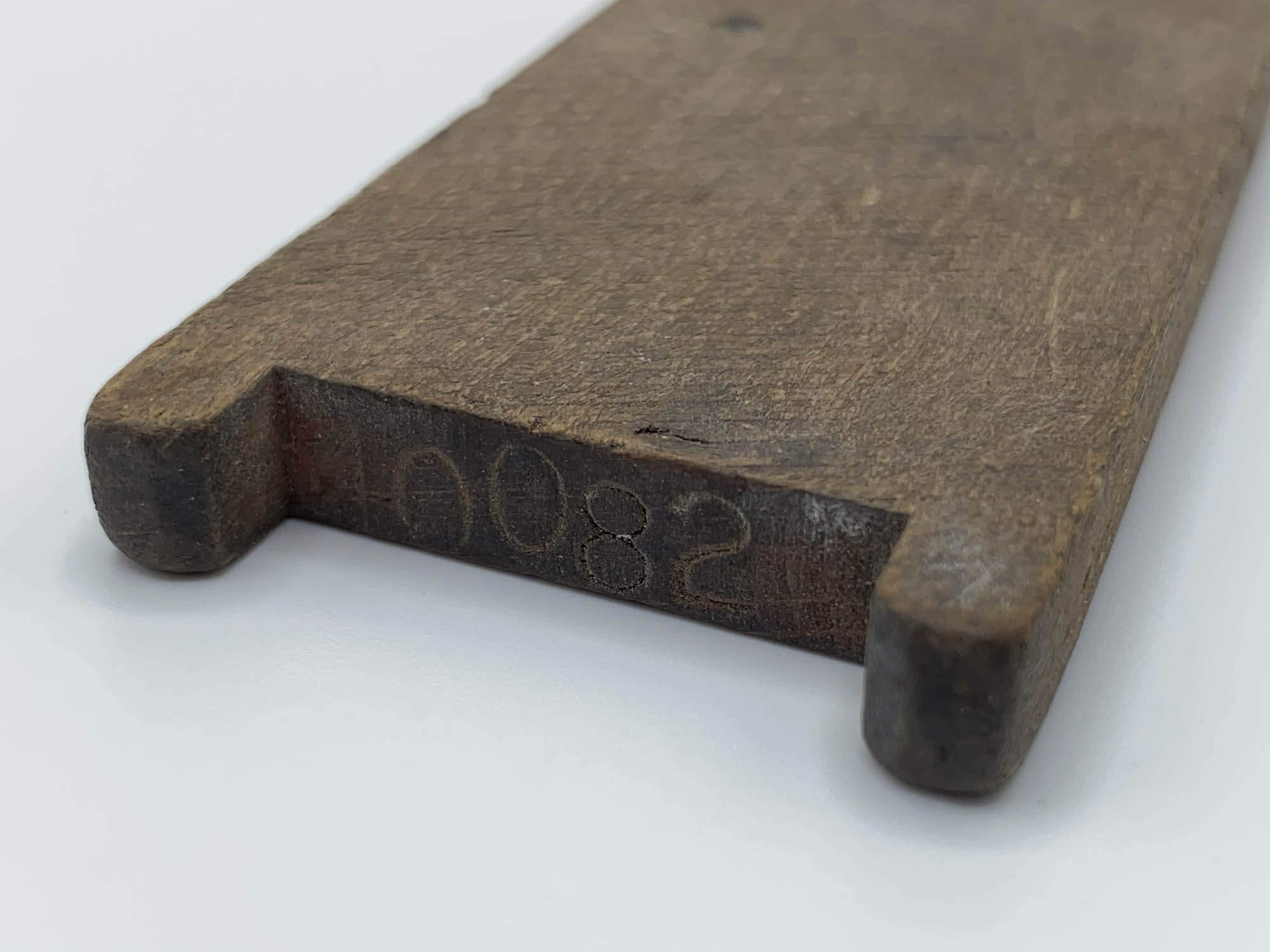 Timekeeping bourd’s (a local spelling from East Belfast, better known as a timekeeping board), were in use at the Harland & Wolff Belfast Shipyard between 1860 and 1970. During this hundred year period, the Time Office was responsible for up to four hundred workers and their “bourds”. These bourd’s were small pieces of hardwood, with two small shoulders cut into the smaller side. In-between was stamped the workman’s number.

One commonly held story is that at the end of each day, exiting workers would not take the time to hand each bourd back individually. Instead, they would throw them en-masse through small hatches in the Time Office window, narrowly missing cowering timekeepers inside.