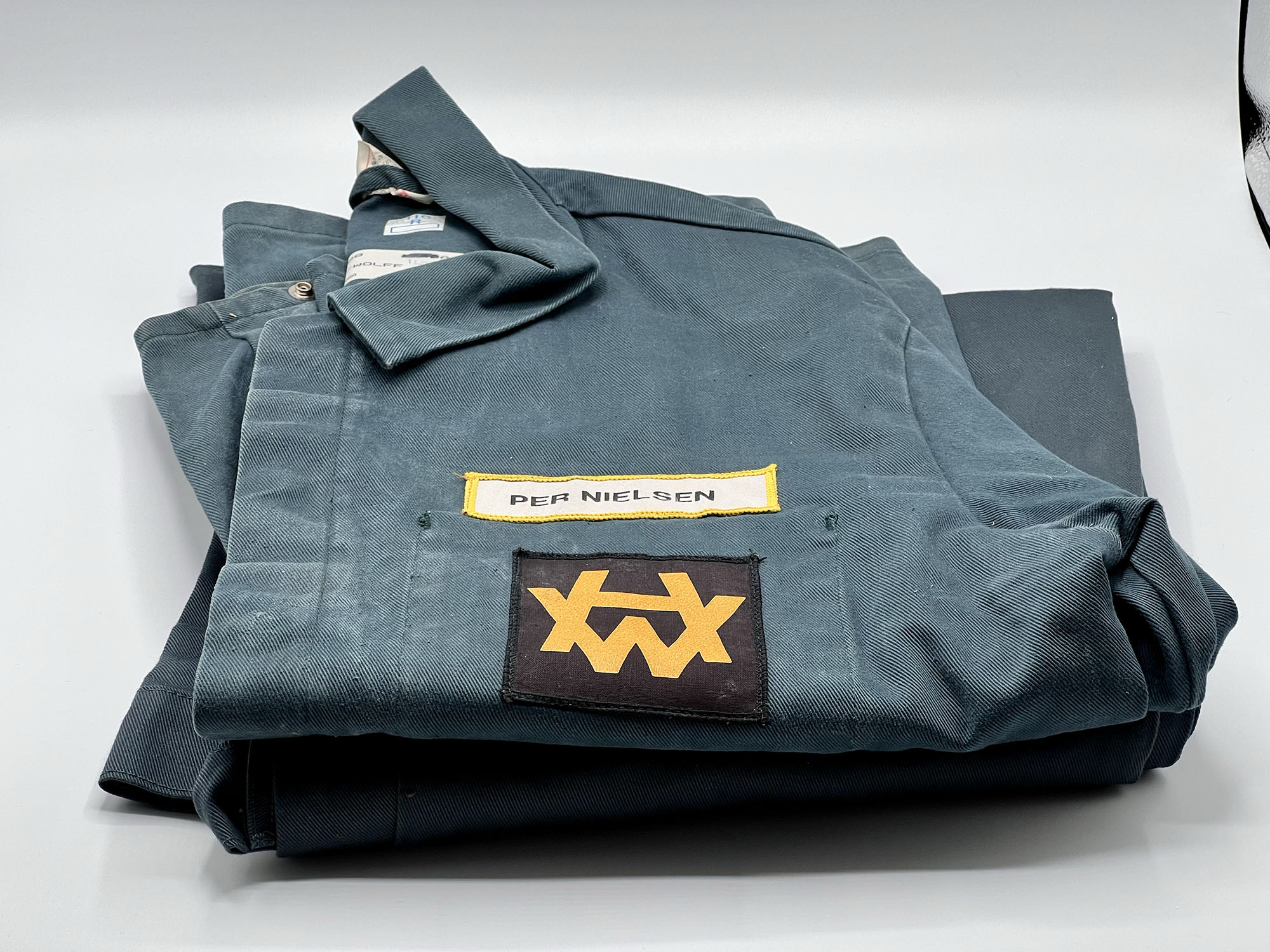 While we don’t know the period or date that these were worn, it is likely these were worn by Nielsen during his earlier years at the Harland & Wolff shipyard. Per Nielsen was made managing director in 1987, and became CEO for the company in 1997. Nielsen was known for trying to distance the company’s image away from the Titanic.

Tom McCluskie, historian of the Harland & Wolff shipyard, revealed in his book, No Place For A Boy, that:

“Shortly after he took over, we were at a meeting in the Queen’s Road boardroom and the name Titanic came up in passing. It was like a red rag to a bull – Nielsen banged the table and shouted: ‘We don’t live in the past – this is the new Harland and Wolff’.