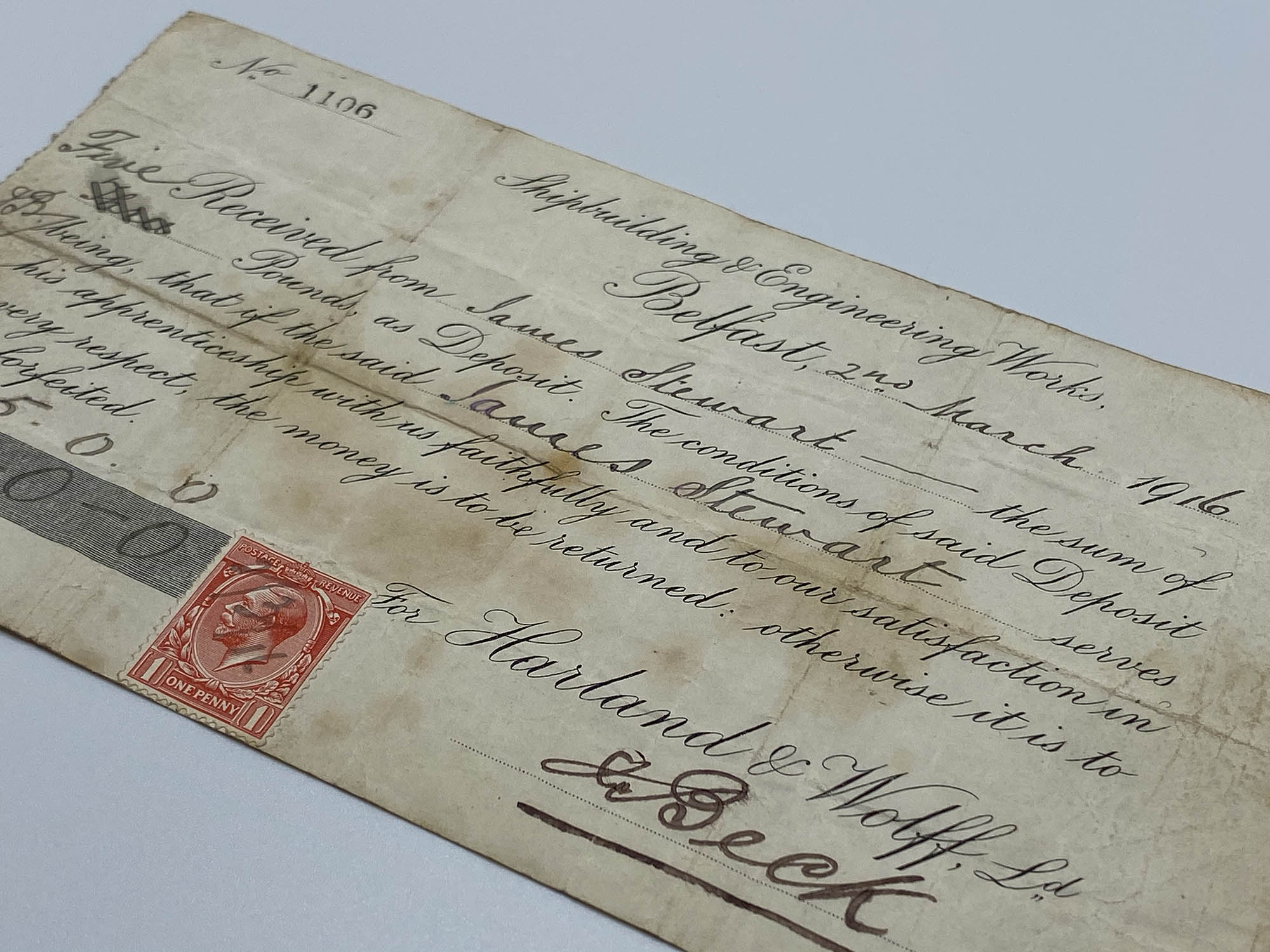 The Titanic was built by hand using a workforce of thousands of young men. Based in Belfast, Northern Ireland, Harland & Wolff was responsible not only for building the Titanic itself, but also most of its interior and fittings.

With the exception of unskilled workers, who were usually tasked with jobs such as hull riveting, an apprenticeship was the only way to join Harland & Wolff; and you could only be accepted by recommendation. As a result, trades usually stayed within families.

Received from James Stewart, the sum of Five Pounds, as Deposit. The conditions of said Deposit being, that if the said James Stewart serves his apprenticeship with us faithfully and to our satisfaction in every respect, the money is to be returned: otherwise it is to be forfeited.