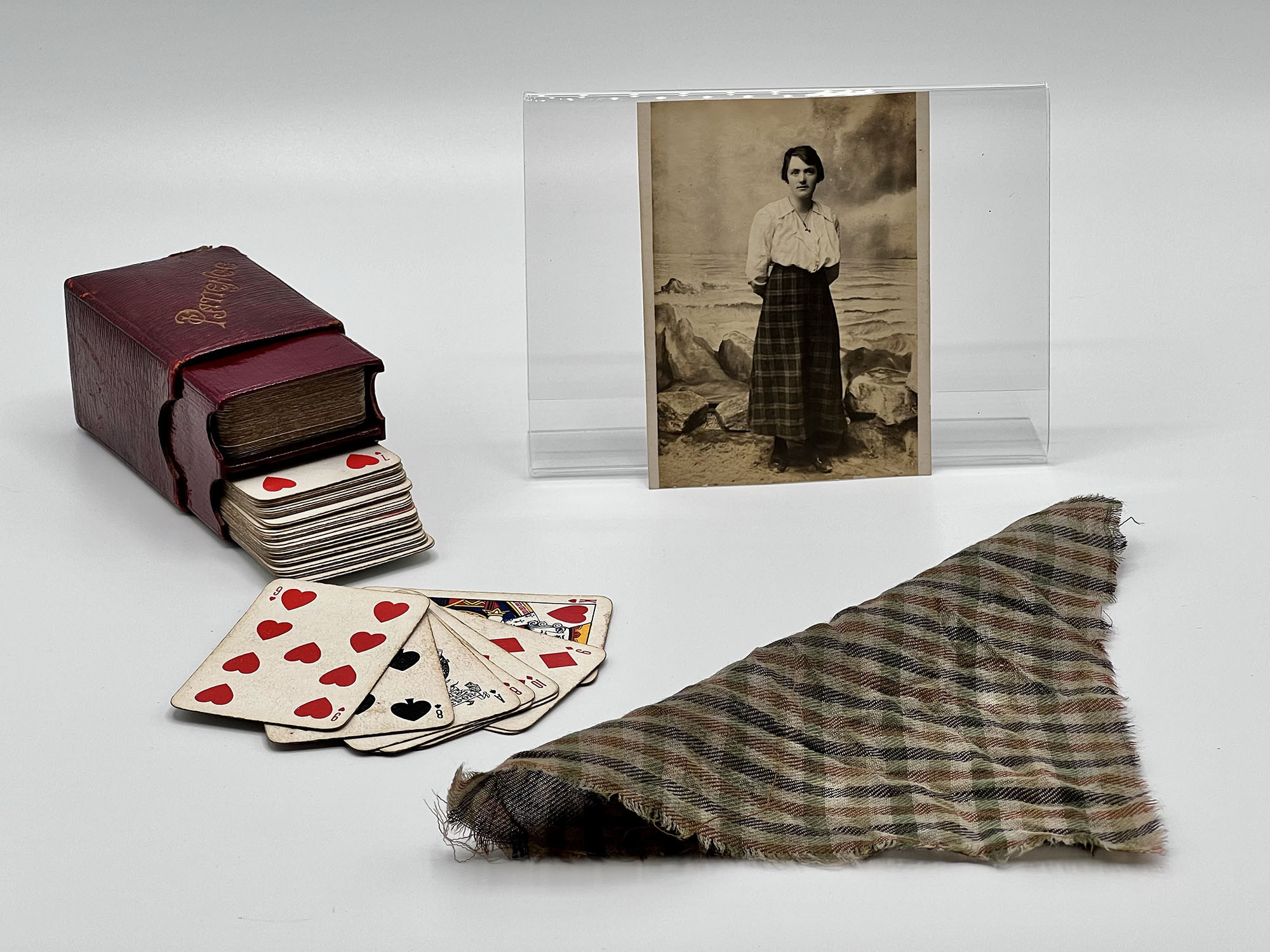 These are the playing cards and handkerchief owned by first class passenger Elsie Bowerman, reputed to have been used on board the Titanic and subsequently saved in her pockets.

Elsie boarded the Titanic in Southampton with her mother Edith, on the 10th April 1912. They stayed together in cabin 33 on E Deck, while travelling to America and Canada to visit her father’s relations. Just a week prior, both Elsie and her mother Edith had been active in the Suffrage movement, with Else attending an open-air meeting the Saturday before.

Elsie and her mother managed to survive the ensuing disaster, climbing into lifeboat #6 alongside Molly Brown, Frederick Fleet, and Robert Hichens. Hichens was infamous for being in charge of lifeboat six. According to several accounts of those on the boat, Hichens refused passenger pleas to return to the Titanic, called the people in the water “stiffs,” and constantly criticised those at the oars while he was manning the rudder. Molly Brown was so irate that she famously led a mutiny and took over control of the boat.

After reaching the safety of America, Elsie and her mother continued their plans to visit relatives in North America. During World War 1, Elsie helped to organise the Women’s War Procession in July of 1916. She later joined the Scottish Women’s Hospitals for Foreign Service, worked as an orderly in Serbia during 1916 and 17, and on her way back to England witnessed the beginnings of the Russian Revolution in Petrograd in March 1917. In 1947, Elsie went to the United States to help set up the United Nations Commission on the Status of Women. On her return she lived near her mother at St Leonards-on-Sea, before moving to a country house near Hailsham, where she sadly died after a stroke on the 18th October, 1973.