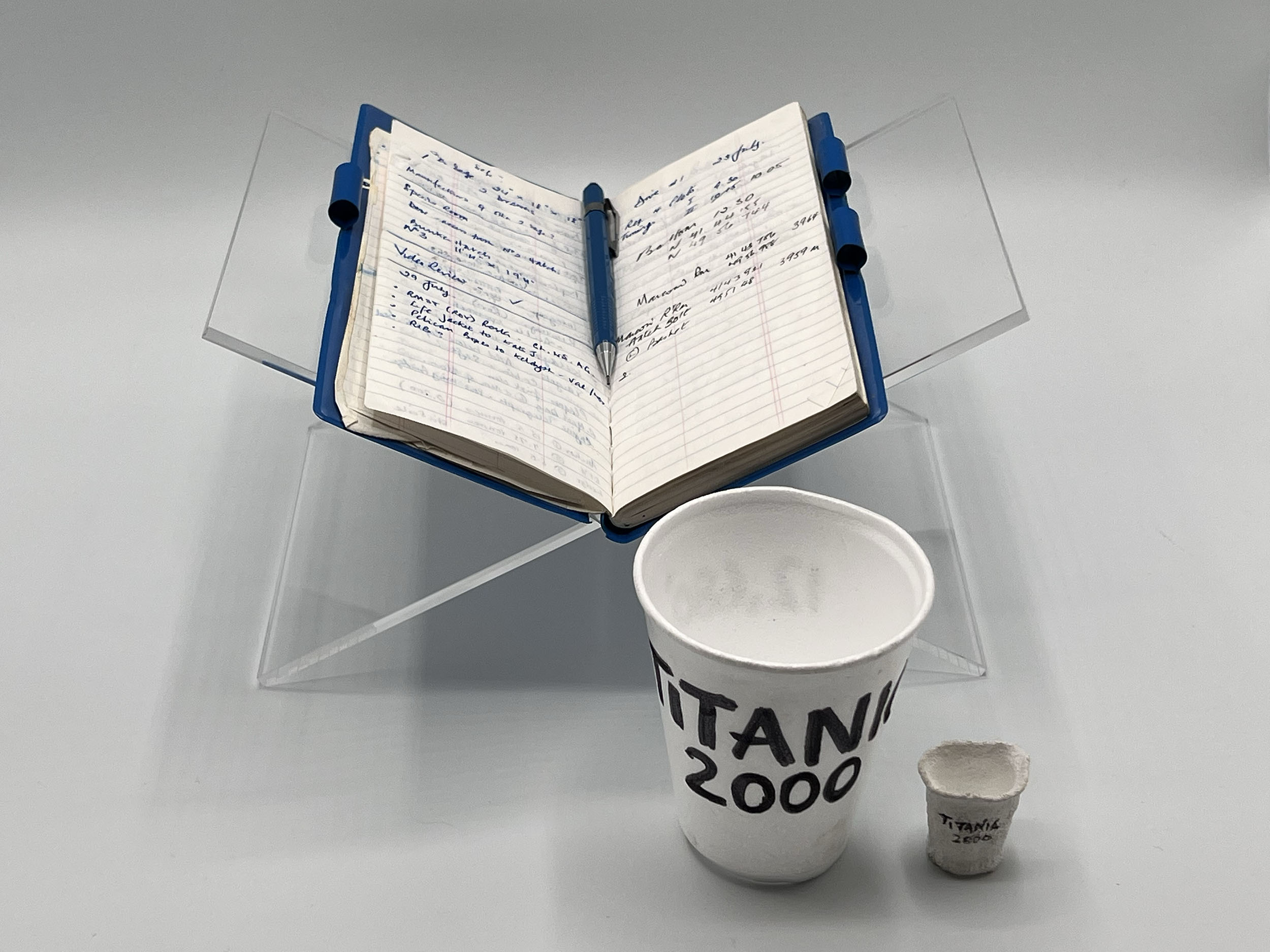 Expedition leader and former vice-president of RMS Titanic Inc., Dik Barton was the first British man to dive the Titanic, and went on to make 22 dives to the wreck.

Two submarines were used during expeditions to the wreck site, one with a collection basket to scoop items from the seabed and another with highly dextrous arms to pick up large items. Dik describes the scene as: “If you were to take the best hotel in the world 600 miles off the coastline, crack it in half like an egg, and spread the contents on the seabed.”

Also photographed are two styrofoam cups. One was attached to the MIR submersible and taken to the Titanic wreck in 2001. It was subsequently crushed by water pressure.