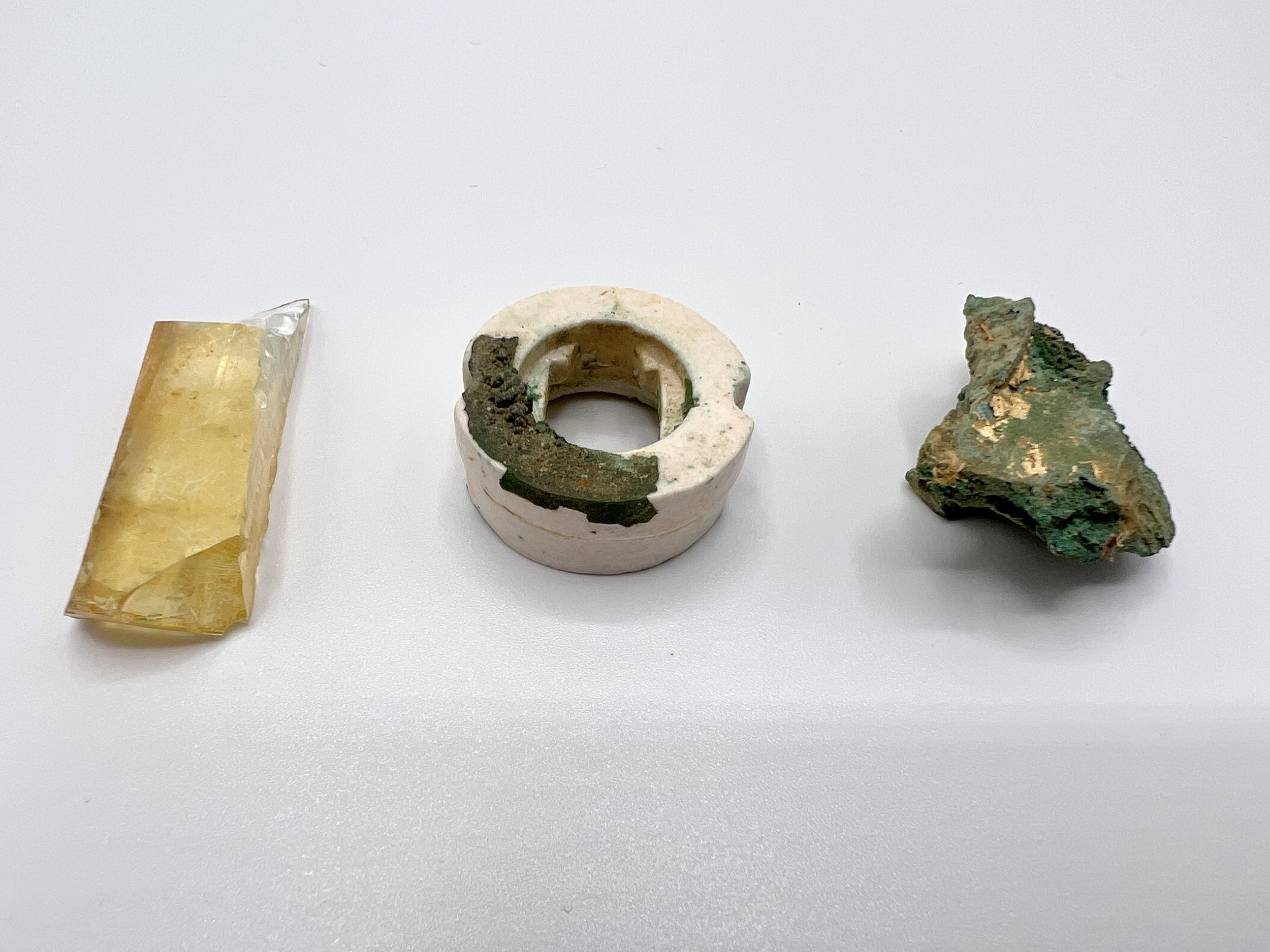 These small fragment of debris were recovered from the Titanic wreck site in 1996.

These three pieces of debris were accidentally scooped up during a research mission to collect samples of muddy sediment from around the Titanic. The researchers mission was to look for sea-life on the deep ocean floor, and they discovered that for every 13 litres of mud, approximately 1 litre was comprised of worms, anthropods, and hard-shelled limpets.

Given the thickness of the glass piece, it likely came from one of the Titanic’s port holes, rather than a window. Stained yellow and covered in micro fractures, it is a sobering reminder of the sheer destruction that took place when the ship broke in half and sank.

The circular piece of chinaware is believed to be part of a cabin light switch, white it is impossible to determine where the fragment of metal originated from.