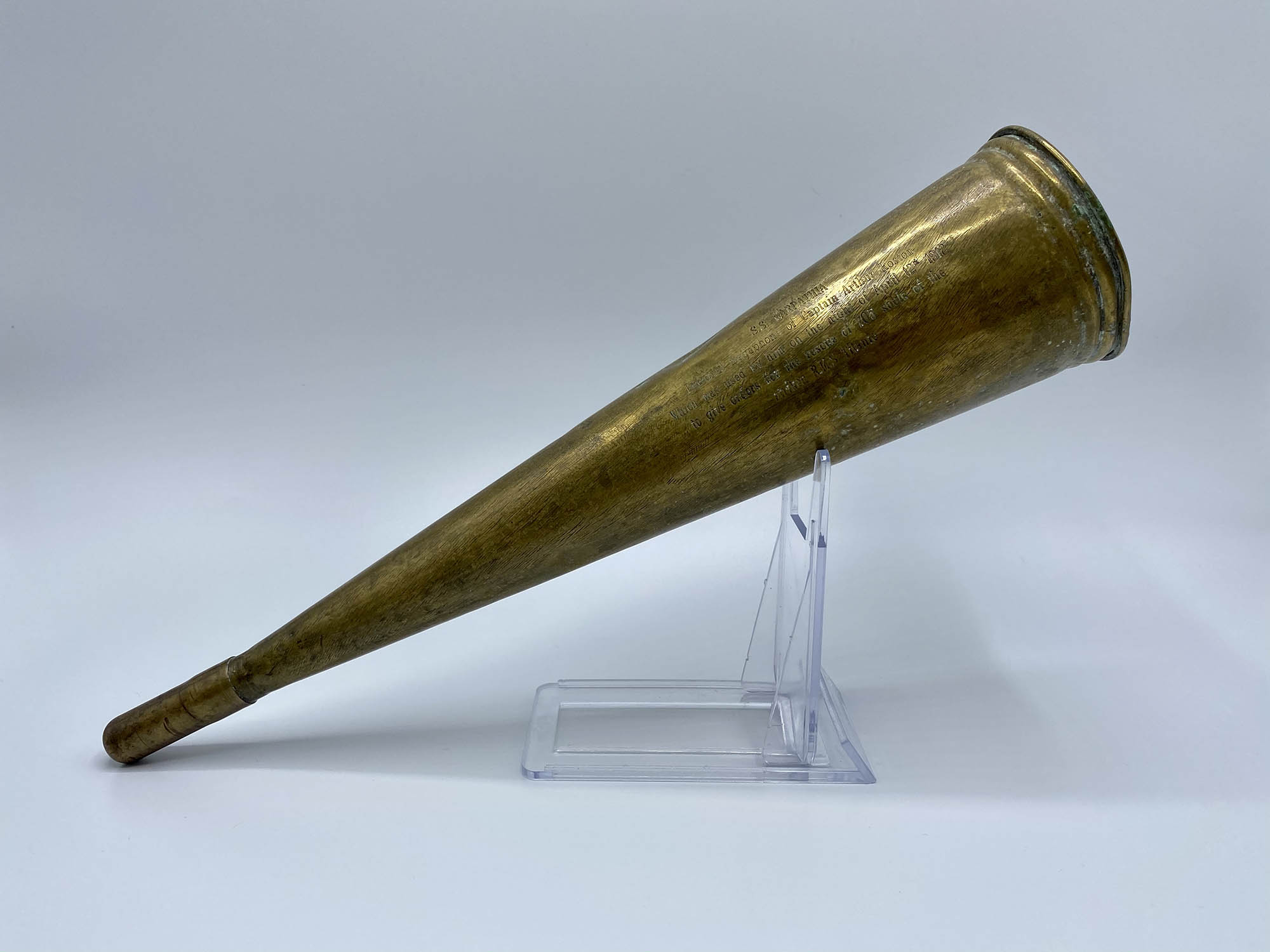 This is the personal fog horn of Sir Arthur Henry Rostron, the captain of the Carpathia. It was used by himself to alert crew  during the rescue of the Titanic’s passengers and crew. It has an inscription that reads:

“S.S. CARPATHIA
Personal megaphone of Captain Arthur Roston (sic)
Which was used by him on the night of April 12th, 1912
to give orders for the rescue of 705 souls of the
striken R.M.S. Titanic.”