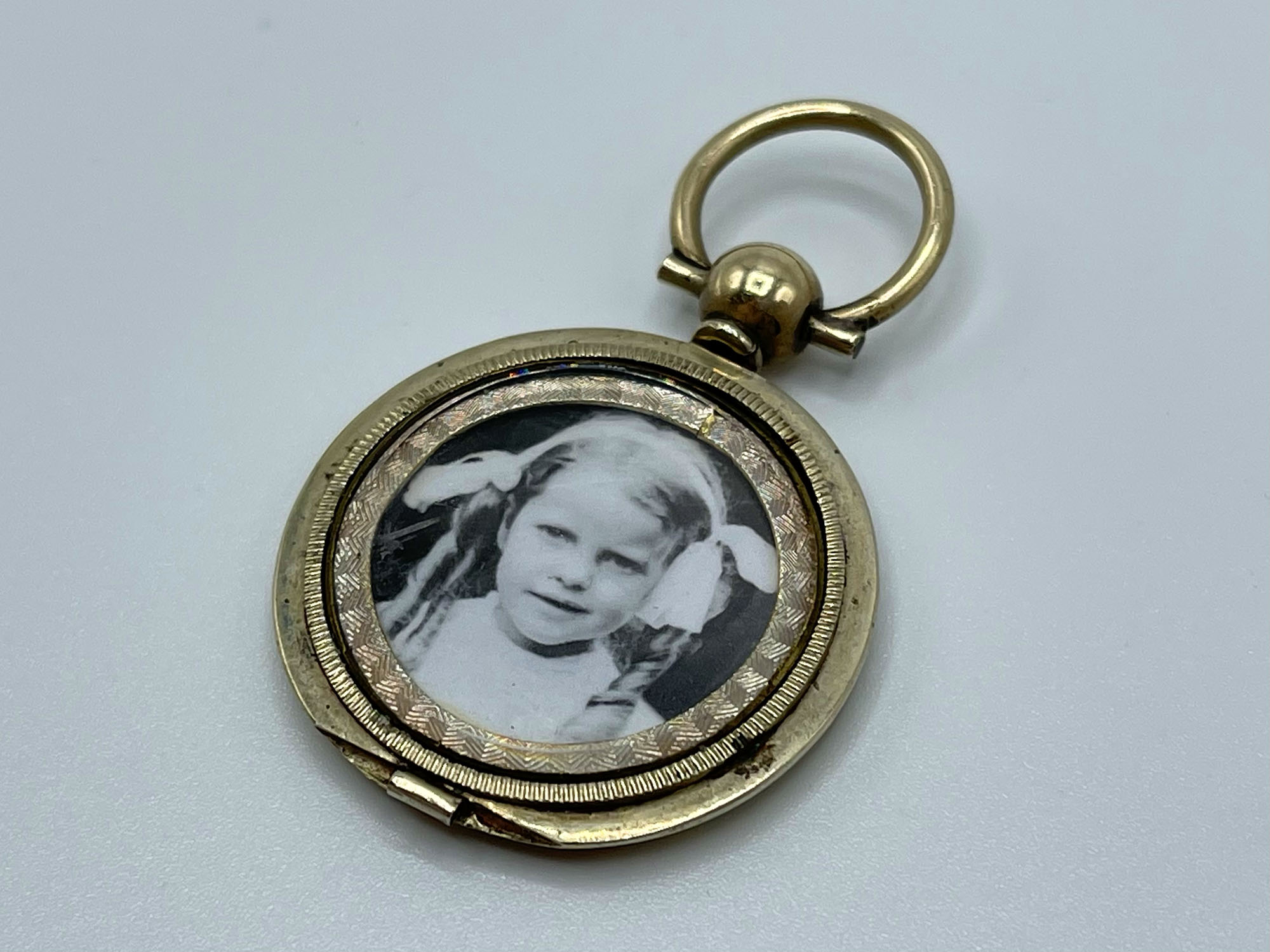 Annie Jessie Harper, also known as “Nan”, was travelling with her father and cousin, Jessie Leitch from their home in London. They were enroute to Chicago, Illinois, and boarded the Titanic at Southampton as second class passengers. After the Titanic collided with an iceberg, Reverend Harper awakened Annie, wrapped her in a blanket, and carried her up to A deck. There he kissed her goodbye and handed her to a crew member, who put her into lifeboat 11 with Miss Leitch. Reverend Harper unfortunately went down with the ship, but Annie grew up and moved to Lanarkshire later in her life.

This tiny locket is unusual in that its origins cannot be traced. It was sold at auction as part of a bundle of lockets, and wasn’t verified as Annie until the photo was matched with a family image taken alongside he father, aunt, and other people.

The locket itself is damaged, with a broken clasp. It is made of a brass-nickel material, and features a detailed patten on the reverse.